Home Uncategorized After Ann, a burger shack pushes ahead

I could hear my stool creak as I sat down along the eight-person counter. Over the hiss of the grill and the gentle hum of a space heater, I watched as three cooks worked around each other in the narrow, submarine space, toasting buns, taking orders, and smashing massive globs of ground beef into patties. With seven of the eight seats filled, the tiny restaurant was nearly at full capacity. And yet, Ann’s Snack Bar seemed very quiet.

Ann Price opened in 1972, on a then-barren stretch of Memorial Drive that churned through businesses as fast as they could open. Her duly-named ghetto burger—a leaning, messy tower of bacon, chili, and beef—rallied her neighbors in Kirkwood, and, over time, that burger, served with a serious side of sass, drew the eye of the Wall Street Journal, which crowned her burger the best in the country in 2007. Price tried cashing in on the fame that followed and, in 2009, offered to sell the shack and her recipe for $1.5 million. When nobody bit, she dropped the price to $450,000 a year later.

Price never got the asking price she wanted. Last April, the fiery-tempered face of the restaurant who kept customers in line, kicking out anyone who broke her rules, passed. In her place, Ann’s sister, Josephine Culver, and her three brothers stepped in to keep the restaurant going. Culver says the lines that once snaked into the streets have vanished and the regular customers who came for Ann are slowly disappearing. “Faces that I know pretty well don’t come as regularly,” Culver says. “Part of the brand was her, the biggest part.”

Culver started at the restaurant in 2012, when Ann was diagnosed with cancer. She helped with administrative tasks, running the restaurant, and, above all else, cared for Ann. “We’re trying to, in her memory, keep it rolling for a while,” Culver says.

Diners today tell Culver that the owners are just “too nice.” “Customers will come in and remind us what it was like and tell us stories about Ann,” Culver says. “It’s uplifting. It brings out a big laugh in them and us.”

To attract new customers, Culver and her three brothers hope to make the patio all-season friendly, build a public restroom, and accept more forms of payment at some point down the line. Culver, who retired from the federal government in December, says she has no desire to run the restaurant “forever” but she does want to keep the Snack Bar going for a few more years, or at least long enough to ensure her sister’s legacy. “She has a lot of dedicated customers, and we kind of hate to close the doors on her.” 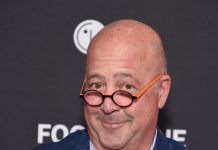 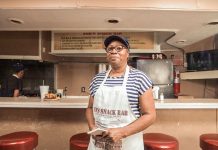 The future of the world-famous Ghetto Burger 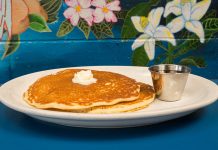