Asheville-based Tupelo Honey Café is slated to open in the Sandy Springs Gateway complex on Roswell Road at the end of the year. The casual restaurant is known for quintessential Southern dishes like fried green tomatoes, fried okra, and shrimp and (goat cheese) grits, but its first Georgia location will open with an expanded menu of small plates and entrees that change seasonally. It’ll also offer a local bar program and beer dinners.

“I like small plates because it gives you the opportunity to taste and share a variety of flavors,” says executive chef Brian Sonoskus. “Some of ours are also a lighter, brighter take on Southern food, but all of them are a fun way to start a meal by sharing with other people at the table.”

Small plates may include house-cured Atlantic salmon on a potato pancake with tomato jam, blackened shrimp macaroni and cheese, and county ham wontons. For entrees, options range from rack of lamb with mint chimichurri to roast duck with red wine and cherry reduction and a root vegetable potpie.

The Sandy Springs location will also have an active bar program led by Tyler Alford. He’ll partner with local breweries and distilleries to offer both beer and cocktails on tap. Burnt Hickory, Wild Heaven, Orpheus, and Creature Comforts are just a smattering of the companies he’ll be working with.

“It seems like a new brewery is opening every month in Georgia, so we will be constantly seeking to get the best new available product into our store,” he says.

With at least five taps, the beer selection will change weekly. The cocktail list, however, will change thrice yearly to suit the weather. The cocktail menu will include mimosas and Bloody Marys. (Tupelo Honey even has a variation called the Queen Mary, which is made with oven-roasted yellow tomatoes and served with twelve garnishes.)

Available by the glass and the bottle, all wines at Tupelo Honey will either be organic, sustainably produced, or sourced from farmer-owned operations. Options include Washington Riesling, Argentine malbec, and South African chenin blanc.

Guests will be able to enjoy these beverages in the dining room, as well as at the bar area’s bistro tables and community tables. 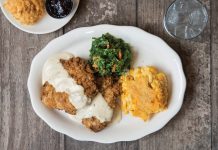 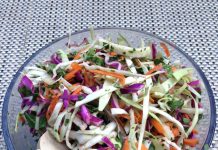 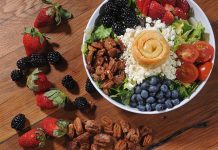