Atlanta has its fair share of Middle Eastern spots, but true, full-service Israeli restaurants are another story. Bellina Alimentari owner Tal Baum is looking to change that with the opening of Aziza in the Westside Provisions District this month. Born and raised in Israel, Baum plans to share modern takes on dishes she grew up with, often infusing them with Mediterranean and North African flavors. (For those seeking a new falafel option, Baum is opening street food-style Falafel Nation next door and BeltLine-adjacent Rina in the fall.)

As for Aziza, executive chef Brandon Hughes (Aria, Bacchanalia) has designed a menu with plates meant to be shared. The 3,939-square-foot space, located just below Marcel, features an open kitchen with a wood-burning oven. Demario Wallace, most recently of Watchman’s Seafood and Spirits, is the bar manager.

We spoke to the team to learn more about their approach to what Baum describes as “nontraditional Israeli food.”

Aziza means “happiness” in Arabic, but it’s also your mother-in-law’s middle name. What inspired you to name your restaurant after her?
Baum: I’m an Ashkenazi Jew, and [My mother-in-law] was my introduction into Sephardic [Jewish] cuisine. She was born in Tunisia, and her kitchen is full of unique spices and smells. We’re using some of those influences and spices from North African countries at Aziza. The name represents the sophisticated, elevated melting pot that modern Israeli cuisine is about.

You’ve described Aziza’s food as “nontraditional Israeli.” What does that mean, exactly?
Baum: In 1948, when the country of Israel was born, a lot of immigrants from all over the world came to a small geographic area. Different recipes and cultures started to blend. Now Israel is an eclectic mix of flavors.

What should we expect to eat at Aziza?
Hughes: The menu is geared toward sharing, but the sizes vary. We have a larger section of appetizers and a traditional section of entrees. We’re looking at doing some table-size entrees later on. The food is focused around the grill. You can see the fire in the wood-burning oven when you walk in the front door, and that will be a component in 90 percent of our dishes.

We have three types of hummus: a traditional, one with a Southern influence, like butterbean, and one that’s out there, like Turkish coffee-braised beef tongue. The pita is cooked to order. We’ll have bread service on the menu with challah, kubaneh, and Jerusalem bagels.

Since [Western Israel] is on the coast, we’ll have raw fish—crudo. Not every single dish will be loaded with cumin and turmeric—there’s a balance. We’ll highlight Border Springs lamb farm in Virginia with kibbeh nayeh (a raw lamb dish) and a lamb entree. We’ll have Moroccan tagine oxtail, too. There will be some odd bits on the menu, [such as] Jerusalem mix—offal from lamb, beef, and chicken, spiced, thrown on the grill, covered in amba (a fermented mango sauce) and put in pita. We’re making our amba with peaches instead of mango.

You call Aziza’s private dining room “the jewel of the space.” What’s so special about it?
Baum: It’s so intimate. It feels like you’re coming to someone’s dining room at their home. We have a special family-style menu for this room that really creates a feast of flavors. The lighting is soft and warm. The room seats about 14 to 16 people. There are velvet banquettes with soft cushions, lanterns, and woven baskets that were handmade in Morocco. The hallway is plastered with rounded edges. It looks very Middle Eastern.

What does the rest of the restaurant look and feel like?
Baum: There are handmade light fixtures and baskets hanging, green banquette upholstery, concrete floors, and exposed brick on walls.

Hughes: The low ceilings make it feel like a New York restaurant. There’s only 70 seats in the main dining room. The patio—for cocktails and Falafel Nation seating—is in the works. 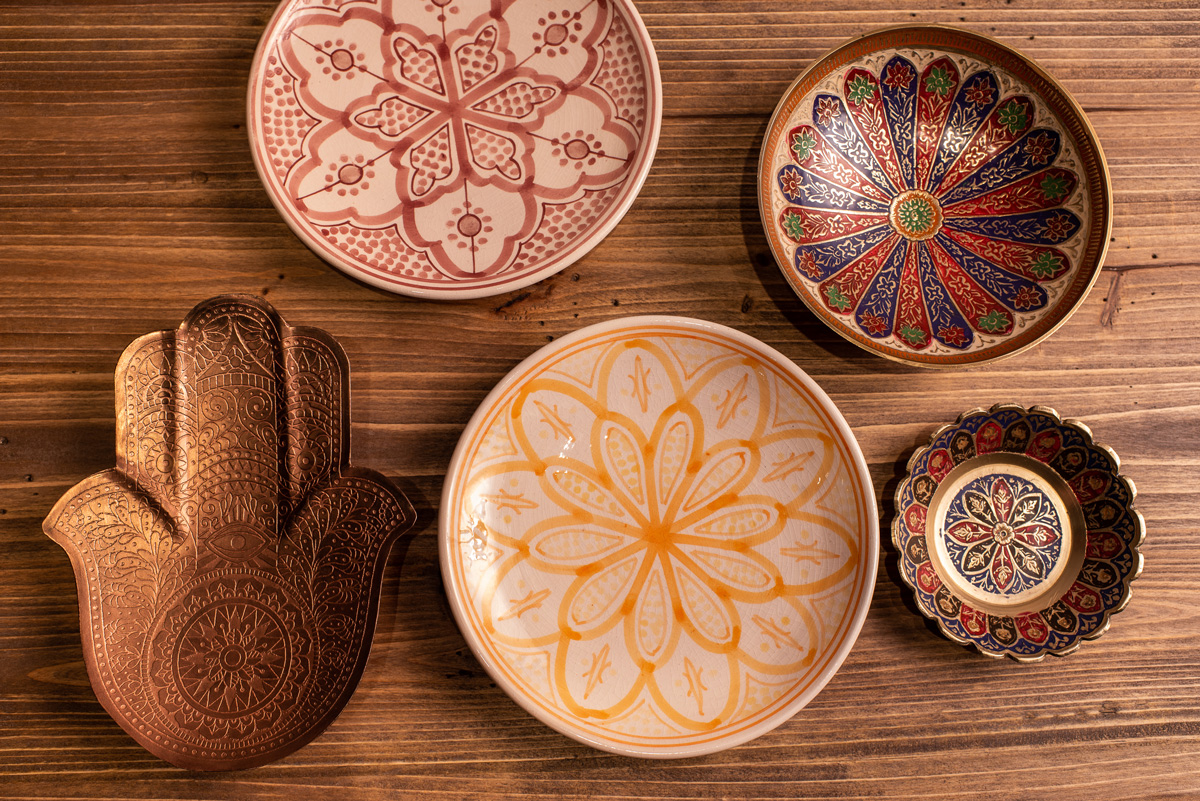 How does the beverage menu convey the flavors of Aziza?
Wallace: The beverage menu is influenced by the people, the stories, the culture, and the spices they eat. We’re going to mirror a lot of what the chef is doing in the kitchen. The wine list is tight and focused on wines inspired by the Mediterranean. There will be Californian, Austrian, Basque, French, and Venetian varietals. There will be Israeli and local and regional craft beers. For example, Slap Fight from Monday Night Brewing would be really good with our hummus. We’re trying to connect where we are with our inspiration. We’re trying to introduce the spices from that part of the world, [so there might be] turmeric in a tequila drink.

What will Falafel Nation serve?
Hughes: It’s a super-limited menu with about five items, intended to replicate Israeli walk-up falafel stalls—[those stalls] each specialize in one thing, but we have to appeal to Atlantans. [There will be] hummus bowls, falafel pita, sabich (eggplant sandwich), and a salad geared toward people who want a clean lunch [or dinner]. It’ll be open late, and there’s a cooler with beer and wine. 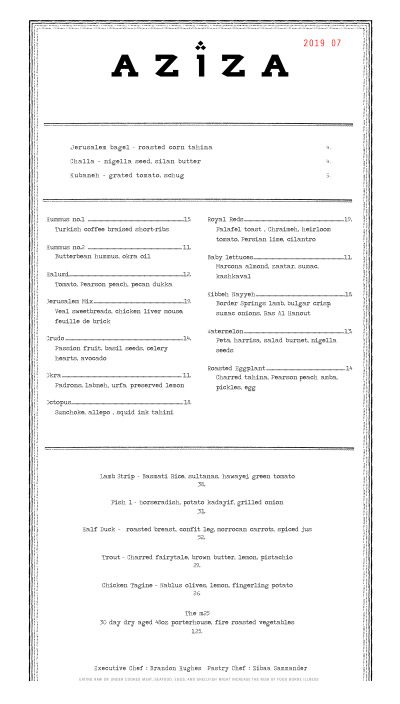