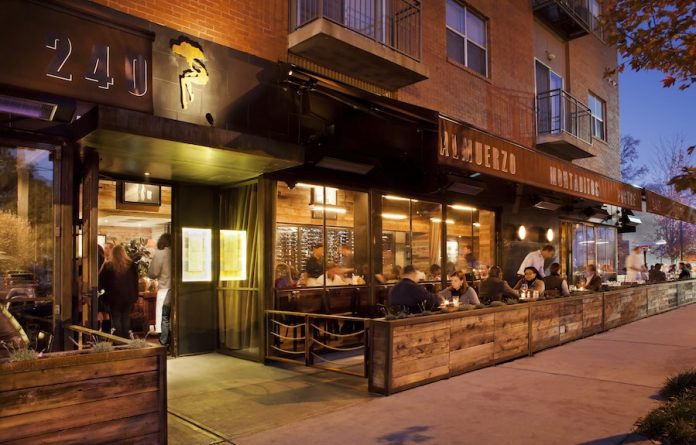 Inman Park’s Spanish wine mecca is opening a wine shop across the street. They’ve yet to pick a name, but Beverage Director Katie Rice says it’s down to either either Vinoteco Barcelona or Barcelona Vinoteca. Rice says they hope to open sometime next year. Store highlights include an ambitious $10 price point and a cooler large enough to offer a chilled version of all of the white wines in the store.

So, a wine shop. How did this come about?

We’re going to do a lot of Spanish, but not mostly. The goal is to find fun, eclectic, reasonably priced wines, and that’s really freaking hard. To find good—and I’m not using the word cheap—but inexpensive wine. When I go out to buy wine, I have that $15 price point, but I think a majority of people want something that’s $10 or less that they can have as their go-to house wine.

How many bottles are you looking to carry?

Five-hundred? 700? At first, we wanted 1000, but now we think that seems hyper-ambitious. Our list at Barcelona has 350 wines. That’s a lot. I think we’ll start there and then slowly creep up.

How will the wine at the shop work in tandem with Barcelona Wine Bar? If I have a bottle at Barcelona, can I walk across the street and buy it?

Maybe. I’m thinking about doing a continuous rotation of the wine list. Every two months I’ll switch out 25 or 50 or whatever wines. There will be some wines that will always be there. But a majority of the time? No. People will then start asking why they can’t buy the bottle at the store for $15 and then bring it across the street, where it costs $40. Not everybody understands the markup process, but they do have a point.

Also, we’re going to have a glass-enclosed library with books, Wi-fi access, and maybe tablets. It’s made for people who want study about wine or whatever. It will also double as a space that we’ll use for our tastings.

No. We’ll have a pouring license that’s just for tastings. But the point isn’t to have a drinking place. Another thing I’m really excited about is we’re going to have a pretty substantial cooler so that every single white wine in the store is available cold. It’s a dream.

A while back you moved the half-bottle off deal from Sunday to Monday, citing that things were getting too rowdy. How’s Monday working out for you?

Mondays are really busy, and it’s great. There’s a different air. Instead of Sundays where it was kind of—for lack of a better word—a shitshow, now we get to talk to people about wine more. People are more interested in trying something new and getting just a bottle, as opposed to five bottles per couple. It’s what it should be. Here’s an opportunity to buy a $60 or $100 bottle of wine. Before, we were selling four or five cases of our house cava that’s $35 a bottle.