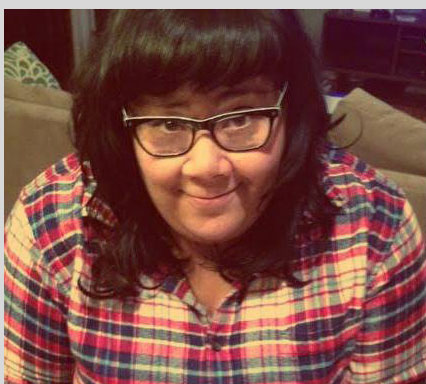 Ten years have passed since Millie De Chirico first started at Turner Classic Movies (TCM). Atlanta readers might know her as the Queen of TCM Underground, but at work she’s the newly-promoted manager of programming, making viewers’ classic dreams come true. The Georgia State grad who once DJ-ed at WRAS Album 88 has returned to her alma mater in pursuit of a masters in moving image studies, where she’s boning up on the theoretical side of the movies we all love to watch.

De Chirico and I met at Noni’s on Edgewood Avenue, one of her favorite hangs, where she ordered a deep red Valpolicella, and I started with Averna and Coke. De Chirico approved, “I like anything that has a lemon hanging out of it.” Below, our chat.

Ten years! What was your first role at TCM? I started as the viewer relations coordinator.

Fan mail? Mail, a lot of phone calls. This was 2004. I manned message boards, but most of the time it was letters and calls because that was our audience—not a lot of Internet users. That’s changed, but when I started it was primarily people’s grandparents. So it was letters typed on a typewriter. I was like, ‘Oh my goodness this is like, a document.’

What kinds of calls? People just wanted to chat. They’d call if their signal was messed up. I’d be like, ‘I don’t know is it raining where you are?’ I was nice because it’s somebody’s grandma. They’d request films and talk about their favorite stars. One guy was obsessed with Margaret O’Brien. He and his wife sent me Christmas cards every year. Eventually I became a full-time programmer.

And now you’re back in school. It’s been a goal of mine. It’s interesting to be programming the movies that are being discussed in a very philosophical way—André Bazin and very heavy theory.

You’ve kept your roots though, co-advising at SCAD Atlanta Radio. Between advising and this grad program, I’ve never been around so many 20-year-olds. All these millennials.

What’s that been like? It’s so interesting to be around. If you think about how they consume music and media compared to people like me, in their thirties—we were really heavy into authenticity, but we were told what was cool. Anything that played on MTV I thought was awesome. Somebody with some kind of authority picked this out and deemed it cool. Therefore I trust them in some way, and I will consume this thing. That model is kind of gone for the millennials—their recommendations are through algorithms like Amazon Recommends. There’s no curation in that kind of stuff. I mean I used to tape the radio, like actually tape songs off the radio.

I’m having a flashback. Yeah, like a programmer is programming this. I was always trying to get clean cuts. I’d sit there and wait until the very last second until the DJ came on, then cut it off.

You like being presented with something. Yes. I think the idea of having an à la carte system is really interesting—for a while I didn’t even have cable. I had Netflix, Hulu Plus, and Amazon Prime. But then I ended up going back to cable. I’d come home and wouldn’t want to watch anything in my Netflix queue. You know, I add things to my queue that I sort of want to watch. Then I’m binge-watching shows and when that’s over, I’m at square one. I don’t know if it’s an etherealness of live television, but I like having it on. I like being in a kitchen and cooking and having TCM on—it’s actually on here [at Noni’s].

Noni’s, holding it down for TCM! I’ve read how the Netflix algorithm gurus are always assessing people’s watching habits because we lie when asked about our tastes. I tell Netflix I watch smart foreign cinema, but Tuesday night at 1 a.m. I’m really into some college bro-town movie. I’m so guilty of that. I have the most pretentious taste. My queue is full of obscure French films from the 1940s. But when I get home, I don’t want to watch something extremely heady and intellectual. An algorithm can’t anticipate people’s impulses. And this is what I’m hoping will endure for something like TCM—sometimes people want a curated experience. I want that to exist in the future—television.

Curation in television comes down to brand trust. I trust the curators at HBO. Right, PBS.

But then, you know, The Bachelor is still on television. Ha! And your friends. I realized all my friends were obsessed with Scandal and tweeting about it every time it was on. It sounded so nuts, I binge-watched to catch up.

I’m switching to wine. Me, you, and Olivia Pope.

Can we talk about Kerry Washington’s character and those insane wine glasses? The stems are taller than me. That is a level of wine fandom that I just can’t—I can’t. They’d break in my sink in two seconds. My idea of wine comes from my Italian grandfather, who liked those Carlo Rossi jugs. I know there’s a science to using a stem glass and doing the swishy thing, but why can’t you just drink wine like you drink beer?

Are you a Scandal plot-predictor? Well, I knew the mom thing wasn’t going to wrap up all nice and tidy. You’re just always like, who’s the bad guy? 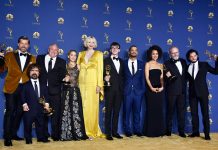 Where to watch the Game of Thrones finale in Atlanta 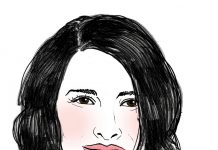