Home Drinks Barley + Rye: How much does the style of your beer glass... 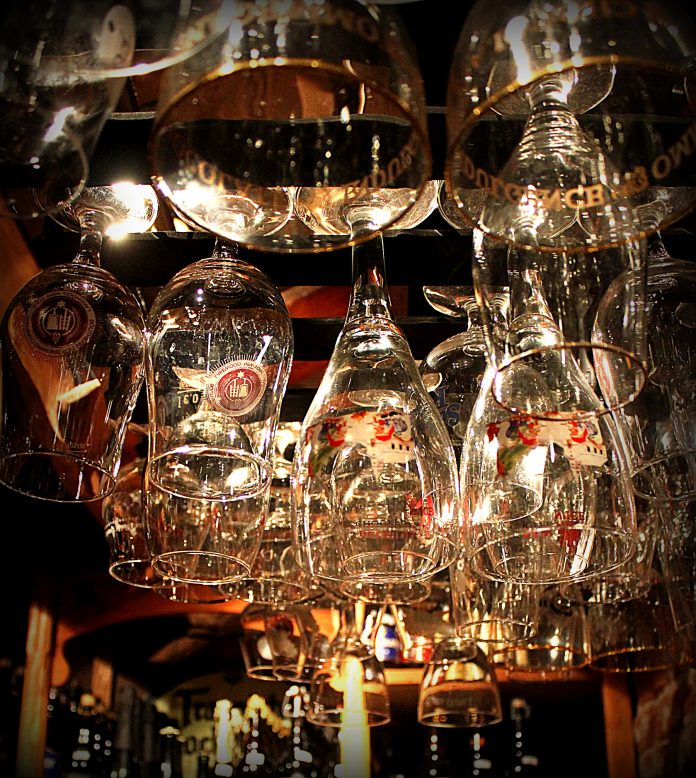 To pint or not to pint? If you count yourself as part of an increasingly educated craft beer market, you know the answer is this: Only sometimes. The taste, aroma, and overall experience of your beer can vary greatly depending on what vessel you use to drink it, and the default pint glass has been overrated for quite some time.

This isn’t about giving beer the so-called wine treatment, as some observers might say. Beer glasses come in their own specific forms—flutes, goblets, Pilsners, snifters, tulips, and more. Even large brewery operations like Dogfish Head and Sierra Nevada have gotten into the business of glassware. Working with manufacturer Spiegelau, they developed an IPA glass that aerates, intensifies aroma, and even keeps the beer cooler using a thinned-out design.

I consulted two beer gurus for their take on Atlanta’s approach to beer glassware. Matt Christison oversees beer selections at Kimball House. Prior to becoming a partner at Decatur’s newest space, he spent almost nine years manning the bar at Brick Store Pub. I also spoke with blogger Ale Sharpton, who heads up Cruisin For a Brewsin, and has written about the Atlanta beer scene and beyond for two decades.

What types of glassware are beer drinkers likely to encounter most?

Ale Sharpton: Bars and restaurants are starting to diversify their glassware, but the pint glass—some served frozen—unfortunately still dominates most restaurants that do not know how to properly serve beer. The snifters and tulip glasses are getting some love now because the demand for potent beers is increasing. Bars need to pour less and 8 to 10-ounce pours do not look sexy in pints.

What are some benefits of proper glassware?

Sharpton: Don’t ever drink from a bottle. You will get all the gas that’s been bottled up, and you get no real aroma. Proper glassware lets the beer breathe and caters to all the senses.

Christison: Take the snifter. The snifter lends itself to beers higher in alcohol and allows the drinker to pick up the aroma of higher proof beers. I don’t eat steak out of a bottle, nor do I drink my beer from one—unless it’s a Miller Highlife. Then I’d go bottle all the way. Don’t take yourself too seriously.

Why do you think drinking beer out of a glass got such a bad rap?

Christison: Because pools are cans and cups only!

Sharpton: People are often unaware as to how advantageous it is to drink beer the right way. Each one teach one.

How do you deal with service staff that may not know as much—or may not care? Even at some of Atlanta’s most craft-centric spots, I’ve gotten filthy glasses, or the occasional eye roll if I dare ask for a glass.

Sharpton: Order a wine glass if they don’t have proper glassware. Look for bubbles that cling on the sides of the glass. If they are there, the glass has not been cleaned properly.

Christison: Care rolls down hill. As a restaurant owner I can personally say you cannot have eyes everywhere all the time. But staff education like proper sanitizing methods, glass-only sanitizers, and polishing cloths help curb mistakes.

What are your favorite places around town for the full beer-in-glass experience?

Christison: Brick Store Pub, The Porter, Midway, and The Argosy.

Sharpton: All the dedicated beer bars. Also, Augustine’s, LEON’s, and The Wrecking Bar.

What’s the best way to build a home glassware collection? Mine are mostly commemorative.

Christison: I personally don‘t care for logo glassware so I buy online or get vintage finds from thrift and antique stores. It bothers me when I get served a beer in the wrong logo glass, too—it’s misleading for the guest and misrepresents both beer companies.

Sharpton: Locally, I like Hop City, Green’s, Ale Yeah!, and the growler stores. Breweries sell them, too. Monday Night has an awesome tulip glass that’s gold-rimmed. 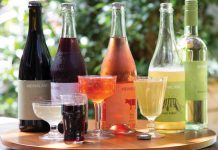