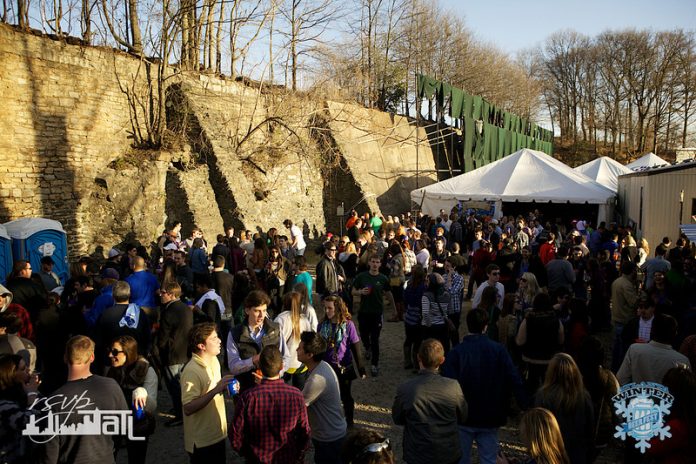 Michael DiLonardo has got your back. As director of operations for Atlanta Beer Festivals, he decided to expand next month’s Atlanta Winter Beer Fest from one afternoon to two days.

“The first three Winter Beer Fests sold out,” DiLonardo said via email. “With the extra day, I’m able to include almost twice as many beers as last year.”

And for those keen on trying Georgia brewers’ handiwork, this festival should satisfy. The usual local suspects SweetWater and Terrapin will be available both days, as well as Red Brick, Monday Night, Strawn, Jailhouse, and Wild Heaven. But DiLonardo has also made sure smaller sized Georgia breweries and brewpubs, as well as those newer to the scene can make friends with fest-goers. These include Jekyll, Yes Face, Eagle Creek, Southbound, Three Taverns, and Coastal Empire.

Tickets for the January 25-26 event go on sale next Tuesday, December 10. Masquerade Music Park plays host again, and attendees will enjoy a selection of live music, games, and food for purchase. A mix of mostly craft and some mass produced options will be available both days. Saturday features breweries East of the Mississippi River including favorites Brooklyn Brewing and Bell’s. Sunday yields to the West with Great Divide and Rogue, among many others. Festival attendance on either day runs $35 in advance. But for anyone whose heart strings pull them in both directions, DiLonardo has a two-day advance ticket option available for $60.

DiLonardo had more to say about the upcoming festivities:

What should Winter Beer Fest-ers expect in terms of style options? Are you going for a specific focus? I’m trying to get as many seasonal options as possible, which for winter tend to lean towards stouts, porters, dark ales, and double IPAs. Since we’ll be at the end of January, we may be able to get a few of the early spring options as well. Plus, with so many new Atlanta area breweries in the mix, most of them don’t have a consistent schedule for their seasonals yet. That’s another reason I wait until the week of the event to confirm the final list. You just never know.

You love Masquerade Music Park as a setting. The Winter Beer Fest will be our tenth event with them, and we have developed a great partnership. The venue has a lot of heated indoor space, and the Music Park out back allows us to set up some tents. If the weather is nice, we can spread out. The other great thing about the venue is that so many people can walk to it, especially now with the Beltline open. We had over 3,500 people at our Summer Beer Fest with no venue parking. Uber has also been a huge help getting people to and from our events.

Let’s talk sustenance and ambiance. What are the food and music plans? We will have four to six food options. All the basics will be covered, pizza, barbecue, hot dogs, and burgers. The list of vendors will go up on the website as soon as everyone is confirmed. We’ll have live music on two stages inside, plus a DJ on one stage, as well as two more music spots outside. Bands are being finalized, and will be posted soon.

Photos from last year indicate there were some pretty serious games going on. Yes—we now have two Giant Jenga sets, multiple cornhole boards, and Flip Cup and Beer Pong tables will be available. There will also be vendors and local artists for people to talk to and purchase items.