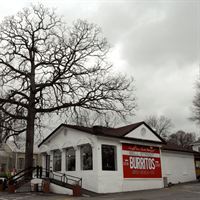 Bell Street Burritos owner Matt Hinton confirmed today that the Howell Mill location of his fledgling burrito chain will close soon and reopen in a nearby location shortly thereafter. The property, which Hinton rents, is in the process of being sold to Advance Auto Parts. The terms of the current lease end in about six weeks, Hinton said, “Hopefully we can stay a little longer, but I don’t know.”

Hinton certainly sounded less than thrilled about the news. He’s built the business up from a delivery service aimed at reviving the Tortillas recipes to two brick-and-mortar locations that count food critics Christiane Lauterbach and John Kessler as fans. “We’ve built up a strong and devoted following and we’d love to keep them,” Hinton says.

Of the property being sold out from under his business, Hinton said mildly, “I wouldn’t have chosen the timing,” and explained that he’d been looking at opening a third location in the Poncey Highland neighborhood. Those plans will have to be delayed.

Hinton does sound hopeful about finding a new space near to the current Howell Mill location. He’s looked at six or seven properties within a mile of the current space and delivered a letter of intent on one. “I have all confidence we’ll land on our feet,” Hinton said.

We’ll report the new location as soon as we hear more. 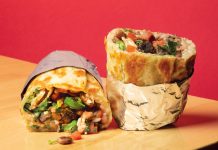