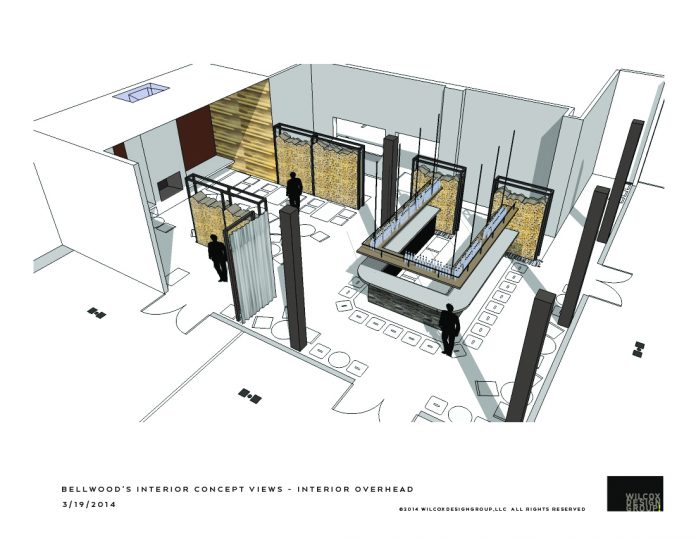 A new restaurant and bar is taking over the West & Mill space on the Westside. Located at 1000 Marietta Street Northwest in the Brickworks building, Bellwoods Social House will serve gourmet bar fare in a casual, industrial space.

Created by Leif Johnson, owner of Bite Bistro & Bar in Alpharetta, Bellwoods is designed to pay homage to the history of the Westside—an area once called “Bellwood.” “Our vision is to have a neighborhood gathering spot, where people come in with friends, for a drink, and have dinner or lunch [or weekend brunch],” Johnson says. “We’ll take things people are really familiar with and put a creative spin on them.”

Bite’s current chef de cuisine Jason Morgan, who also worked at Local Three, will be the executive chef, preparing pizzas, wings, burgers, salads, and sandwiches. “The food is going to be along the same lines as what we do at Bite,” Johnson says. “We’re focused on sourcing great product, great produce, and great proteins sourced from family farms.”

All items will be made in house, he says. He and his team will cure and smoke bacon and pastrami, grind brisket and short rib, smoke chicken, and cold smoke white cheddar for pimento cheese. Menu items may include Seahive Boxty Rolls (potato and Seahive cheese crepes with house-brined brisket and jalapeño slaw); a mini “lobsta” roll; a smoked chicken, shrimp, and grits bowl; pastrami-reuben yaki sandwich; and a veggie pita.

A focal point of the space, a U-shaped bar will seat twenty-six people. Though Bellwoods will be open late at night, the bar list has not yet been set, and Johnson is still looking for a lead bartender. “It’ll be low key, but we want to do some craft cocktails and serve good local beers,” he says.

His team is maintaining West & Mill’s open, airy look but adding dividers to prevent sound from carrying. There will be stacked firewood, a wraparound patio, and potential rooftop access.

“We want to reach out to service folks as a place for them to hang out when they get off work,” he says. 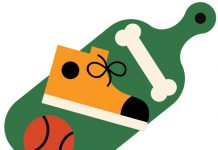 7 pet-friendly restaurants and hotels in Atlanta 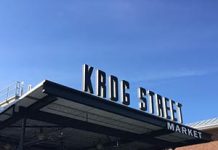