Home Uncategorized Bread subscriptions and vegan meals at a music store: the creative back...

Remy Lemoine, a 50-year-old Parisian baker who lives in Grant Park, makes a delectable kouign-amann, a croissant-like “butter cake” with origins in France’s Brittany region. “I always introduce them to people who don’t know them,” Lemoine says, “and they always come for more.”

Lemoine bakes 250 pastries on average each week, frequently selling out—once in less than half an hour. But you won’t find them on a retail shelf or in a farmer’s market booth. Instead, you’ll have to visit Lemoine’s house.

Three Sundays a month, Lemoine’s Charleston-style home morphs into a makeshift bake shop, where, in addition to kouign-amanns, he sells croissants, macarons, seasonal rolls, and a variety of cookies, from peach and almond to spicy Thai.

He says he has no plans to turn his bake sales into a commercial operation. “When you try to do that, you lose some of the quality of your product, going from a small-scale to a larger scale,” Lemoine says. “I want to keep it small, kind of keep it a little secret in Grant Park.”

Lemoine is hardly alone; Atlanta food entrepreneurs increasingly are using back channels beyond the local farmers market to connect with customers.

There are at least two options in town for “bread subscriptions,” through which a baker sells homemade loaves directly to buyers. Sarah Dodge, who was responsible for 8Arm’s stellar baking program, now runs the equally delightful Bread Is Good. Dodge delivers bread several times a week to homes across town. She also offers pre-ordered goodies—from olive pain au levain to sourdough bagels to cinnamon rolls—for pick-up at the Edgewood Avenue outpost of Ammazza pizza, where she also bakes. “I use the kitchen during their off times in the morning,” she says. “When I am utilizing woodfire for bread and bagels, I’m actually using their residual heat from the night before, which is pretty cool.”

Betsy Gonzalez, a 23-year-old baker and pastry chef from Sylvan Hills, also runs her bakery, Osono Bread, as a subscription service. Customers pay a monthly fee to pick up a loaf each week from one of several locations. Gonzalez focuses most of her efforts on sourdough loaves, which she prefers to call “naturally leavened bread” (because hers isn’t specifically sour).

Through her baking, Gonzalez wants to emphasize the need to invest in local wheat farmers and grain millers; she bakes only with Southern flour. “The main reason behind Osono’s concept was taking the opportunity to shift the dialogue on bread and move away from the commodification of our grains,” Gonzalez says.

Both bakers point out that this unorthodox way of doing business keeps costs down and provides more freedom in deciding what to bake and how many orders to accept.

The work of Gonzalez and small business owners like her is made easier by Georgia’s Cottage Food Laws, which were passed in 2012 to allow home bakers and cooks to use their own kitchens to prepare food for retail sale.

In addition to the opportunities provided by the Cottage Food Laws, incubation spaces have popped up to help food entrepreneurs find a foothold in the market. Dymetra Pernell, founder and CEO of Atlanta-based First Batch Artisan Foods, got her start selling ice cream by the pint in a gym in south Atlanta. “We sold over 3,000 pints in a three-month span, and that’s when I realized I had a business,” Pernell says.

Pernell’s business got an early boost from the Pittsburgh Yards development project, spearheaded by the Annie E. Casey Foundation, in partnership with Columbia Ventures and Core Ventures. The project includes the development of a 31-acre site in Atlanta’s Pittsburgh neighborhood into a commercial hub for small businesses.

The first phase of the development is set to be completed this summer, but Pernell already has been receiving advice from members of the Annie E. Casey Foundation on everything from financing and banking to developing relationships with other small business owners.

“It wasn’t a project that they just decided to develop,” Pernell says of Pittsburgh Yards. “They actually included us in the process, asking us what we needed and how they could be of service to us.”

A few miles away from Pittsburgh Yards, Marddy’s, a shared kitchen space on the edge of Ashview Heights, doubles as an incubation hub for aspiring food entrepreneurs. One of them is Amber Khan-Robinson, who learned about Marddy’s after her three kids—Nur-jehan,11, Qadar, 9, and Ayah, 7—came up with their own idea. In 2016, Robinson and her husband declared a device-free summer and asked their kids what they’d like to do for fun instead. They wanted to start selling the homemade popsicles they had been making for family members. Their business Mokipops was born.

With a little help from Marddy’s, the family started offering the popsicles at festivals and corporate events. Mokipops’ vegan popsicles—in flavors ranging from hibiscus strawberry to basil lemonade to lemon ginger—are now available to order online (a minimum order is 25 pops).

The family’s experience had as much to do with crafting popsicles as it did with building a community. Marddy’s was a conduit for the family to share resources with and find a network of other entrepreneurs. “We help them in some ways,” Khan-Robinson says, “and they’ve helped us.” 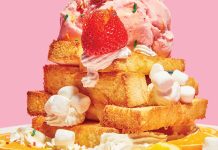 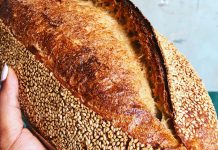