Brian Lewis gave the emerging Westside dining scene its definitive neighborhood restaurant when he opened Bocado in 2009. Now Lewis plans to bring that casual, creative spirit to Buckhead—but with a distinct Italian accent—when he opens STG Trattoria in March at 102 West Paces Ferry, next to the St. Regis hotel. The name STG (not to be confused with newly opened Midtown chophouse STK) stands for Lewis’s three sons—Sebastian, Tristan, and Gabriel.

The executive chef will be Joshua Hopkins, who recently resigned his position as executive chef/co-owner of Westside’s Abattoir. (I’d heard rumors that Hopkins was possibly headed to Charleston; glad he’s staying put.) Chef de cuisine will be Adam Waller, who left his longtime sous chef gig at Riccardo Ullio’s Sotto Sotto for a very brief stint helming the kitchen of Ullio’s Escorpion. (He’s at least the third head chef to pass through since Escorpion opened in May.)

Here’s what you can expect at the trattoria:

—A pizza focus. Lewis has imported two wood-fired Acunto ovens shipped from Naples. (Yes, those are the same ovens Antico uses.) The Neapolitan-style pies will be topped with a combination of local and Italian products. One way that Lewis hopes to distinguish his pizzas: He’s also purchased a Neapolitan fork mixer that works dough very slowly to give it more structure, which ideally results in a crisp and not overly chewy crust.

—Pastas. Lewis said in a telephone interview this morning that he really wants to let Hopkins and Waller “be themselves, the way Todd Ginsberg [at Bocado] prepares the kind of food he would make for himself at home.” The crew is still trying to decide whether pastas will be served family-style or in individual portions, but expect two or three options nightly.

—Ambitious wine program. Co-curated by John Passman of Buckhead’s Cellar 13 wine shop, the program will concentrate on Italian wines and New World versions of Italian varietals. A dramatic “wine cellar hallway” near the restaurant’s entrance will showcase the bottles, which will be sold at retail cost. This area will also double as a small wine shop with other items available for purchase.

—Amaro Bar. Bocado’s mixologist David Durnell will take the lead on a drink program that features many of the Italian digestifs and apertifs that are hot ingredients on cocktail lists across the nation.

—A space that mixes old and new sensibilities. Lewis is working with ai3 to create an atmosphere that, he says, embodies hearth and home but is also undeniably modern. The addition of communal tables will emphasize the family-style experience of Italian trattorias.

Lots of elements to anticipate with this one. Let’s hope it’s the first of many exciting projects from independent restaurateurs we’ll hear about in 2012. 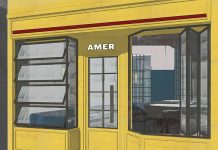 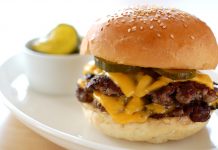