In the folktale about stone soup, hungry travelers convince a town to make a meal together. All it took was a small food donation from each household. “I love that story,” says Asha Gomez, chef and owner of the Third Space, a culinary event facility at Studioplex. Gomez, who consults with global humanitarian organization CARE, made her own stone soup at the first of what she and CARE’s Tilia Parks call Social Suppers. “Our goal is to get people talking about the challenges girls around the world face,” Parks says. Every guest brought a vegetable for the simmering pot, and, an hour later, the group sat down to eat and engage in conversation. In March, as the world celebrates Women’s History Month and International Women’s Day, they’re ramping up Social Suppers—and urging you to throw one. Head to supper.care.org to learn more. (Plan to post from your own dinner party? Make sure to use the #March4Women hashtag.)

This article originally appeared in our March 2018 issue. 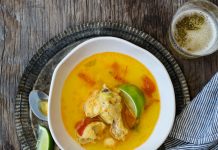 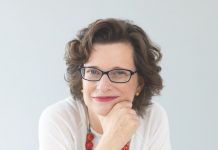 Goods that Give Back