Offering refined American dining, 5Church will replace Shout! at the corner of Peachtree and 14th streets in Midtown early next year. Led by partner and executive chef Jamie Lynch, who worked in Le Cirque and Café Boulud in New York City, 5Church opened its first location in Charlotte in 2012 and soon will expand to Charleston and Atlanta.

“Atlanta and Charlotte are similar. They have the same type of vibe and a strong culinary base. It feels like home for us,” Lynch says.

Serving lunch, dinner, and weekend brunch, 5Church will offer steak, seafood, sandwiches, and appetizers like quinoa tabbouleh and jerk chicken lettuce wraps. Lynch will be in the kitchen for the first six months or year. Here, he expands on his plans for the restaurant.

How will the food be similar and/or different than those at the original location?
The major chunk of the menu, about 80 percent, will be signature dishes like the 60-second steak and the lamb burger. About 20 percent will be dishes that I’ll create after being in Atlanta for a little bit and eating around—menu items for the local market. You never know what squash or vegetables the farmers are growing. Maybe there’s an insane grain I don’t know about. I like to let each place speak to me.

What influences your food?
Most of my influences come from other local chefs. We hang out, do cookouts, popup dinners, and talk about food. Working with others influences the new trends and the products we want to work with. Those are the things that inspire me now.

You have experience at a lot of very high-end restaurants. How will you bring it to a more universal crowd at 5Church?
I’ve always been super passionate about food and cooking. It’s the way I express myself. The attention at those restaurants was always on the highest quality. You have to have that base focus if you are going to excel. Since I’ve been in the South, I’ve had a lot more time to build relationships with local farmers and artisans making cheese and charcuterie. It’s expanded my knowledge of the process of getting food to the plate. Because of that, it’s refined my technique in a more simplistic way. My philosophy on food is no longer about how much we can do to a dish but about sourcing the best locally produced stuff and then treating it with respect to bring out the essence of what we are working with.

How often will you change the menu?
Parts of it change seasonally—those are usually my favorites because we get to play a little bit. Right now we’re serving jumbo lumbo stuffed prawns with an herbaceous salsa verde and cold pressed olive oil. It’s a super simple dish but each flavor comes through and marries so well. We’re also doing porcini-crusted sea scallops over Anson Mills polenta with roasted corn and scallion shitake salad and a shellfish demi glaze drizzle. They’re summery flavors; I like to change with the temperature.

What’s special about the brunch menu at 5Church?
We do it differently than the go-to stuff. We do a crab cakes and eggs dish with a light styled crab cake (not heavily breaded), pan seared, and tossed with poached eggs, wilted spinach, and jalapeno buerre blanc. We also have a croque madame with fried egg. It’s classic brasserie food—the good, stick to your ribs, kill the hangover type food.

Tell me about the bar program.
We have this immaculate giant white concrete bar. It is a work of art. Our entire menu is available at the bar. For the opening, we’ll have our sommelier from Charlotte develop the wine list but we’re looking for all local people. That’s the best way to get a local experience. We have a specialty cocktail program with 15 to twenty 20, and a 200-bottle wine list. We’re doing a lot of local beers, too.

Smack in the heart of Midtown, 5Church Atlanta is in an area that quickly transitions from a work crowd to a younger, party crowd. How does 5Church bridge that transition?
At 5Church Charlotte we host DJ nights. Our late night scene is incredible. Once the kitchen closes we offer some light fare like flatbreads and spring rolls. We throw these wild parties. It works great. We plan to do the same in Atlanta.

Many restaurants that are successful in other cities don’t survive here. I’m thinking of 5 Napkin Burger and Tom Collichio’s Craft. Why do you think 5Church will be different?
Some other restaurant groups and chefs aren’t in the restaurants operating them. In Atlanta, I’ll be living there, in the restaurant every day. You’ll see our personality, and we’ll be a part of what the restaurant is. 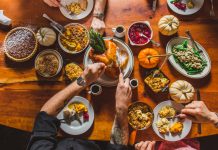 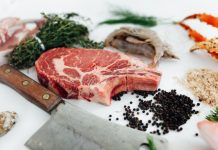 The most anticipated Atlanta restaurant openings for 2016