Home Restaurants Checking in with Donald Sargent of Morelli’s
As previously reported, the opening of the second location of Morelli’s Ice Cream has been delayed—a sprinkler system issue, in part, kept the place from launching this past weekend as planned. Though the exact opening day still remains unknown, owner Donald Sargent expects it to be in June. The 1,500-square-foot store at 1221 Caroline Street, which was formerly a Cold Stone Creamery, features a red and beige color scheme and decor that includes ice cream cookie bar stools and a banquette resembling an ice cream sandwich.

Sargent has a degree in Hotel Management from Florida International University in Miami. He and his Brazilian wife, Clarissa Morelli, opened their first location in 2008 and it blossomed the ambitious, independent frozen-treat sensation that Atlanta had needed for years. Despite the demands on his time, I gleaned a couple extra tidbits from Sargent as he readied his new place:

Q: How did you come up with the concept for your second location?
DS: I had been scouting for a [location with inside seating] for about a year. I’ve always wanted to do a fun, retro-meets-modern ice cream shop.

Q: What will you do differently, if anything, in the new store?
DS: There will be an emphasis placed on shakes and sundaes. I’ve partnered with Kevin Gillespie on this new store and he will be designing our sundae menu. Kevin and I collaborated on about four flavors last year. However, this year we will be working a lot more closely. Who knows what flavors we will come up with next!

Q: Where do you and your wife like to eat out in Atlanta?
DS: My wife and I both moved to Atlanta from Brazil. We frequently dine at Fogo de Chao.

Star Provision’s Tim Gaddis is one of forty competitors in the second annual Cheesemonger Invitational, which will test contestant’s knowledge of specific cheeses and how to present and pair them. Vote for Tim as your favorite among the competitors; the person with the most votes gets bonus points. (He’s currently in second place.) We’re rooting for you, Tim!

Buckhead. According to the Atlanta Business Chronicle, long time Atlanta institution Anthony’s is getting a makeover and a new name. The special event spot at 3109 Piedmont Road will become The Yacht and Polo Club, a semi-private club with a menu focused more on tapas and small plates. Is slated to open mid-June.

Downtown. In conjunction with Castleberry Hill’s monthly Art Stroll, Castleberry Point condominiums will host  food trucks this Friday, June 10, from 7 to 10 p.m. Trucks will be lined up on Nelson Street in front of Castleberry Point. Vendors, as repported by Yelp, include The King Of Pops, Westside Creamery, Tex’s Tacos, The Pup Truck, and Grace’s Goodness.

Morningside. Casseroles, “a to go/take out shop baking shop, selling not only classic casseroles but also vegetarian and vegan options,” is now open at 1393 North Highland Avenue (behind and below Rosebud, off Lanier Blvd).

Question of the Week: What Buckhead resto is rumored to be adding a pizza joint as part of its expansion plans?

PS. The answer to last week’s QOTW—Name the American living in Paris who was a featured speaker at the recent BlogHer food conference—is pastry chef and cookbook author David Lebovitz, who wrote about the conference on his blog. 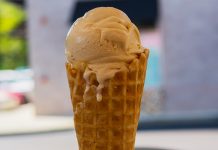 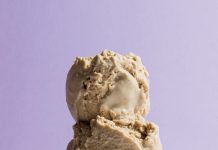 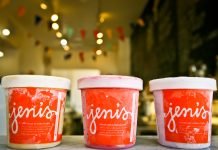 No Jeni’s Ice Cream? 5 cool alternatives to beating the heat