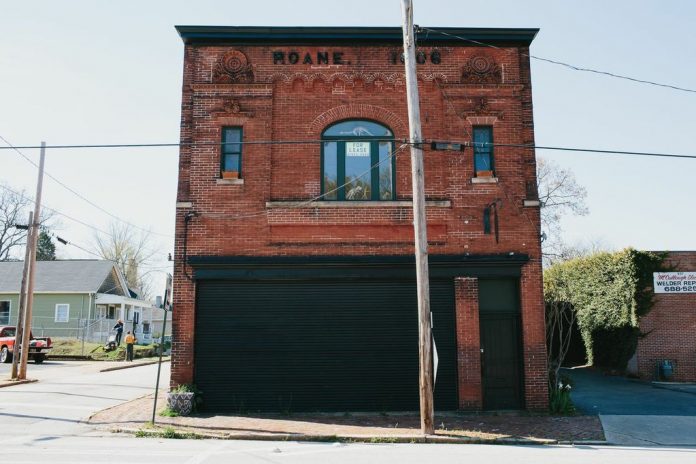 What started as a dream in 2009 is about to become reality this year. Staplehouse, a restaurant helmed by chef Ryan Smith (previously of Empire State South), will open in the Old Fourth Ward in “the very foreseeable future,” according to co-owner Jen Hidinger.

The restaurant’s origins stretch back to Ryan and Jen Hidinger’s supper club, A Prelude to Staplehouse. It achieved national recognition earlier this year when Ryan was diagnosed with Stage IV gall bladder cancer, and the restaurant community banded together to support him and his wife financially and emotionally. The Hidingers were so touched by the efforts that they launched the Giving Kitchen, a nonprofit initiative that helps restaurant workers in need. Although Ryan Hidinger passed away in January, Jen, Smith, and Kara Hidinger are moving forward with plans to make his dream come true.

“Ryan lost his battle with cancer, but our dream and vision are still very much alive,” Jen says. “We embrace our past and continue to move forward. We anticipate construction to begin early summer and hope to open before the year ends.”

“This restaurant is more than a restaurant—it’s a beacon of hope for restaurant and hospitality people in our community,” she says. “We are focused on our relationships, our quality of food and service and helping create a place where guests can come and relax and enjoy one another, because that’s what living is all about…sharing with someone, sharing a part of yourself to someone.”

Smith shares details about their Staplehouse plans below.

Tell me about the menu.
It will be a smaller menu—under fifteen items. We won’t really have entrees. The idea is it encourages communal dining and sparks conversation. Some aspect of the menu will change every day, based on availability, moods, or hunger.

I look at food as an emotional thing, a sensory-driven thing. We want to put a ton of thought into each dish. So even though the menu will change, a lot of things will be tried and not just winged. It will mostly be a lot of tweaks here and there.

Any particular dishes that you’re definitely going to offer?
Ryan [Hidinger] said to Kara (my wife) that he hopes heaven will have chicken wings with two layers of crispy skins. It was such a funny moment. We want to recreate that and have fun with it. It will be a very refined version of wings, and it will be pretty difficult to execute. You can’t just sit down and order a dozen. It may be a one-bite thing.

What type of wings?
Just straight up buffalo.

How do you classify Staplehouse? What genre of food do you consider it?
It’s hard because we want it to feel like a casual thing but also refined. That’s challenging when talking about food meant for sharing. We’re adding a lot of elements that take time and preparation. The food will be pretty healthy and vegetable driven. It’s not going to be a vegetarian restaurant, but health is a big, important part of my life at this point. I’ll be using kefir and kombucha and other flavors that aren’t used that often in restaurants.

How will the restaurant be set up?
There are individual tables, a long banquette with smaller tables, and round tables for four to six. One long table could be set up communally, but we’ll be able to separate it [into smaller tables]. The restaurant is small. Including the bar, it has forty-two seats, plus a private dining room for special events. There’s a twenty-four-seat patio, too.

What does it look like inside?
Staplehouse feels really warm and bright when you walk in. It’s a neighborhood joint that hopefully you just want to come back to. Square Feet Studios is amazing. It will be a lot of reclaimed wood. My friend is building a chef’s table with maple and reclaimed wood tabletops. We’ll have off-white and navy tile in the dining room and an exposed brick wall. There’s also a massive butcher’s block with four seats at the kitchen so it’s very interactive.

Who will be behind the bar?
John Wayne from Empire State South will come onboard as bar manager. He’s engaging and genuine, sincere, and loves the idea of service. We just thought he would be perfect. He had moved up to Canada and decided he wanted to be a part of [Staplehouse].

What does the drink list look like?
There will be a lot of inspiration between the kitchen and the bar. A lot of prep and thoughtfulness goes into each drink, but they will be quick to execute. It’s not a huge bar list. It’s very focused. Simple cocktails, maybe four beers on tap that rotate, wines—a little bit of everything.

Who is the sous chef?
Sam Herndon. We met at Bacchanalia years ago. I hired him at Empire State South. He was the chef de cuisine there.

We’re not really having a traditionally structured kitchen. We’re titling each other chef. Not co-chefs. The mindset behind it is we’re conceptualizing together, growing together. It’s more collaborative.

Who’s managing Staplehouse?
Kara is the GM. She worked at Bacchanalia and Abattoir. Jen, Kara, and me are the three business partners—owners and operators. Kara will be on the floor, I’m in the kitchen, and Jen’s doing administration and guest relations. She’ll be in the restaurant during service, and she’s also the spokesperson for the Giving Kitchen. A huge thing for us is relationships. We really want to feel like you’re coming into our home. Our goal is to serve you.

What’s your price point?
The quality of ingredients is very important. We don’t want to sacrifice that. We’re not a super high-end restaurant. We’ll have a good variety of affordable options and some higher end, so I’d say $8 to the low $20s per dish. 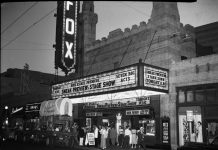 The Fox Theatre at 90: Nine iconic moments in Fox history