This will be the second location for Minero, which serves street food-style tacos on house-made tortillas. The menu will be similar to that in Charleston, but not identical, since ingredients will be sourced locally when possible.

Brock will serve as executive chef, working in Atlanta for the first couple of months, and then a yet-to-be-named chef de cuisine will take over, Howard says, noting that they often hire from within.

The 3,500-square-foot restaurant will serve lunch and dinner. Reservations will not be accepted.

“The property itself has so much character,” Howard says. “It’s a really unique building. We’ll keep the industrial feel—really embrace the massive columns and historic floors.” There will be rustic-style furniture, an open kitchen, and an outdoor seating area.

There will also be a retail component to Minero Atlanta. Items for sale may include fresh tortillas, salsa, chiles, and limes.

Why did Brock and Howard decide to replicate an existing concept rather than create a new one? “There’s a fun component to this. [Minero] is a little more lighthearted,” Howard says. “Plus, it’s more efficient.” 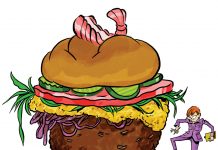 The Christiane Chronicles: 10 ways to make a burger absolutely terrible 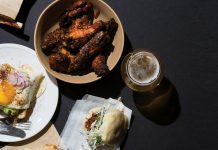