Home Uncategorized Commentary: Why have there been so few female lead chefs in Atlanta? 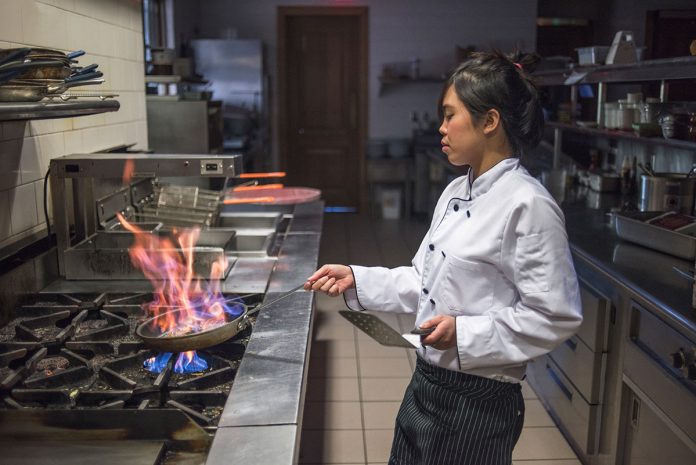 Ever since I arrived in Atlanta to take on this magazine’s food editorship nine months ago, I’ve been wondering: Where are the female chefs? Long have professional kitchens here (and elsewhere) employed women as pastry chefs—Atlanta published a story called “Sugar Mamas: Female Pastry Chefs Bring Balance to Kitchens” in February 2011—but there are still relatively few female headliners. Before I moved, I was already familiar with Anne Quatrano, who is still on top with four restaurants around town plus a takeaway sandwich shop, and Asha Gomez, who subsequently closed her restaurant Spice to Table in February. But on our 50 Best Restaurants list (originally published in 2016 and updated this past March), only four establishments are either owned or have their kitchens run by women. Our Best New Restaurants list, published in September, was a short one, with just eight entries; two chefs, one of whom was in baking and pastry, were women.

It’s a national problem, says Atlanta-based chef and James Beard award-winning cookbook author Virginia Willis. (Willis is a former board member of Women Chefs and Restaurateurs, an organization aimed at propelling forward the careers of women working in the culinary industry.) In a 2014 New York Times story called “A Woman’s Place Is Running the Kitchen,” San Francisco chef Traci Des Jardins was quoted as saying that the professional kitchen is one of  “the last bastions of bad behavior.” She was referring to the militarism, aggression, and yelling—the whole mercurial head chef throwing pots and pans cliché—that many associate with restaurant kitchens. The author of the New York Times piece wrote that “women don’t survive” in those environments and cited a statistic from Bloomberg News that reported it was less likely for a woman to be hired as a head chef than as a C.E.O.

I find it hard to believe that women haven’t been as likely as men to nab top positions because they can’t thrive in professional kitchens—even the ones in which sexism still comfortably stretches out its arms. The low ratio of women working the top tiers of the back of the house more likely means they need better opportunities to show that they can. “I’d like the path to the top of the restaurant business to be cleared of the obstacles that make it difficult for women and minorities,” wrote New York Times restaurant critic Pete Wells recently, noting that among a list of 14 restaurant deals being offered by New York hotels to chefs, only one recipient was female.

“The people leading restaurants—both in the kitchen and in management—have to be more inclusive,” says Willis. “Efforts have to be made.” When I reference Los Angeles chefs Suzanne Goin, Nancy Silverton, Jessica Koslow, Sarah Hymanson, and Sara Kramer, and New York’s April Bloomfield, Gabrielle Hamilton, and Daniela Soto-Innes—some of the names that come to mind when I think about the most relevant chefs, period, in those cities right now—Willis is quick to point out that “those coastal cities of influence are on the edge, both literally and figuratively.” Look at the rest of the country, she says, and you won’t see many female headliners topping best restaurant lists.

“The Atlanta dining scene is, in a way, just starting to hit the teenage years,” Willis continues. “We’ve been wrestling with what Southern food is, which is not simply being this ‘berry-stained-hands-of-grandmother’ food, and are now starting to appreciate the racial and cultural diversity that’s in the city.” The mix of points of view, including those from different genders, will be good for business, she says. “The wheels turn slowly, right? I really think it’s a matter of time and maturity and opportunity in Atlanta, specifically.”

On September 22, Willis will chair an Atlanta History Center dinner at Smith Family Farm. The participating chefs (Willis as well as Colleen Conrad, Tamie Cook, Ami Dand, Cynthia Graubart, Lis Hernandez, Jiyeon Lee, and Deborah VanTrece), farmers (Jenni Harris, Jamila Norman, and Charlotte Swancy), and cocktail makers (Kimya Dongan, Mercedes O’Brien, Keyatta Mincey, and Melanie Wade) will all be female. “And it’s not all white women,” adds Willis. Half of the participants are women of color. One of the chefs, Hernandez, is a first-generation Venezuelan American who uses local meat from White Oak Pastures—a fifth-generation farm built after the Civil War—and Riverview Farms at her Arepa Mia locations. “So we’ve got the old South, the new South, the white South, the black South, and the Latino South [all fusing together],” says Willis. “That, in a nutshell, is the potential of Atlanta.”

“Now, is this Michelin-starred food? Maybe. Maybe not yet. Maybe someday. But it is food that’s reaching and touching the community,” Willis says.

To use Willis’s analogy, the wheels are turning. Meg Brent took over the executive chef position at Todd Richards’s White Oak Kitchen & Cocktails downtown in 2016. Savannah Sasser became the executive chef at Inman Park’s Hampton and Hudson last winter. Allysa Storms, who has worked at Barcelona Wine Bar in Inman Park, will serve as the executive chef at Simon’s, set to open next month in Midtown. Taria Camerino will be the culinary director of Golden Eagle and Muchacho, two new restaurants from Michael Lennox, as well as at his Ladybird Grove and Mess Hall.

In May, Nicole Frey Edwards was promoted to chef de cuisine of Kevin Gillespie’s Revival in Decatur after working at his Gunshow in Glenwood Park. “I definitely experienced hesitation [from employers] early on in my career, maybe because there was an assumption that if you’re a woman, you’re going to need extra help or there’s some kind of handicap,” Frey told me shortly after her promotion. “In recent years, that’s become less and less of a battle for me. I would like to think that the industry as a whole is learning, but it could also just be that I am now more confident in myself, so people just assume that I’m going to do the job that they give me to do.”

Quatrano, who has held court at the top for decades, just refreshed her flagship Bacchanalia and its adjoining cafe Star Provisions, moving both to a new location on Ellsworth Industrial Boulevard that ventures boldly into uncharted territory for diners. Quatrano is participating in the James Beard Foundation’s Women in Culinary Leadership, an eight-month program during which she’ll take on a female mentee. Sharpsburg resident Tanya Jimenez-Le is currently working four days a week at Star Provisions to learn the business in hopes of eventually opening her own restaurant with her husband.

“I do like to hire women and am always looking for them, but what’s important here—and not just for women—is that there are new chef career paths available today,” says Quatrano. “There are restaurants opening all over the place that are only open until 4 o’ clock, so that you can have a family life and career. That is very new. No one would have imagined opening a restaurant that didn’t serve dinner three years ago.”

Gomez sought out a different way to maintain a better work-life balance, closing her café to focus on her son and on her new lifestyle brand, DYAD Tea & Spice. “I’m stepping into a space that makes more financial sense, that keeps me in the industry and connected to chefs, but that also allows me the ability to do my advocacy work and to be a mom, which I love,” she told me. “We don’t talk about that often enough, how standing behind a kitchen isn’t really financially sustainable. We do it because we love it, but I think that it is time that chefs stepped out of their comfort zones. You can still be relevant in the industry and make a sustainable living doing something that you absolutely love to do if you think outside of the box a little.” Gomez also still cooks intimate ticketed dinners at her event space, The Third Space.

So here’s what I see now: The options for sustaining a career in the food service industry today are multiplying, for women (or men) who want to maintain better work-life balance. For female chefs who are still addicted to the stainless steel of the professional kitchen and the adrenaline rush of dinner service, the doors are opening a hair wider in Atlanta. There’s more to be done, but advocates like Willis and Quatrano are having an impact.

It’s also worth noting that, even in traditional restaurant kitchens, the culture is changing. “I’m not going to get what I want by screaming,” New York chef Suzanne Cupps told Vogue’s Tamar Adler recently in a piece called “How Female Chefs Are Changing Restaurant Kitchen Culture.” (The same piece pointed out that the number of woman-owned establishments has increased by more than 50 percent in the last decade, according to the National Restaurant Association. And last year the Culinary Institute of America enrolled more women than men for the first time ever.) “I get better food by challenging cooks in different ways.”

Maine’s Cara Stadler told me that she and other young chefs are “thinking about changing our work places and the environments we create.” Part of this, she said, involves offering paid vacation days. Toronto restaurateur and outspoken feminist Jen Agg, whose book, I Hear She’s a Real Bitch, is out in the U.S. this week, told Marketplace, “Part of what keeps these young men and women interested in these 12-hour days is that this isn’t an office, this isn’t an uptight room…you can let loose a little bit.” She won’t accept the culture going too far into old-school “Wild West” kitchen territory, though. “It’s [all about] trying to find that nuance for people…you can still actually have fun, but you can rein it in.” And these culture shifts are starting to happen in Atlanta’s kitchens, too.

The wheels may turn slowly, but they’re definitely moving forward. 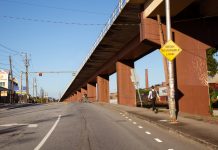