Eat more turkey. That may sound obvious, this being Thanksgiving month, but there are health benefits to varying your poultry routine throughout the year. “Turkey is just a really good, sustainable source of energy,” says chef David Sweeney, who is best known for his popular vegetable-forward cooking at his former restaurant, Dynamic Dish. “We should be eating turkey—and rabbit and duck, for that matter—year round.”

Turkey could almost be considered a superfood: It’s packed with protein, low in fat, and contains iron, vitamins B6 and B12, niacin, and zinc. But the market for turkey that’s not ground is slim after the holidays. “Nobody cooks up turkey thighs in March or any other month that doesn’t start with an N,” says Jenni Harris of White Oak Pastures in Bluffton, Georgia. She’d like to see that change because “they’re beneficial animals as much for the farmers as for the consumers. They range great distances, they’re wonderful foragers, and they build organic matter in the soil, all the while scratching and pecking, essentially aerating the ground.”

And, hey, serve turkey for dinner, and you’ll avoid roasting yet. Another. Chicken.

Go local
“Buying local is like saying you’re proud of where you’re from,” says Brandon Chonko, who raises both bourbon red heritage turkeys and broad-breasted whites for the Thanksgiving season at the Grassroots Farm in Waverly, Georgia. All of his birds feed on non-GMO grains and run around in fields, foraging for insects (protein!). As for flavor? Harris, who raises broad-breasted bronze and black turkeys for Thanksgiving and Christmas and broad-breasted whites during the other seasons, says customers comment that hers taste nuttier than supermarket birds. “We just cook them with salt and pepper, butter, and a couple lemons,” she says.

Order now
Stake your claim for Thanksgiving. Place your order for locally raised birds at whiteoakpastures.com or thegrassrootsfarm.com. Prices range from $75 to $125 depending on breed and size. 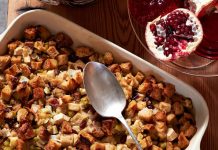 How to bring home the perfect Atlanta Thanksgiving meal 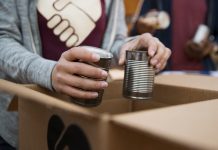