The Ritz Carlton Buckhead didn’t waste any time organizing a celebration for The Cafe’ chef Todd Richards, who has just been named one of “Four New Chefs To Watch” by esteemed Esquire magazine dining critic John Mariani in the November issue of the mens’ magazine. Alas, it will be a working lunch and dinner for Richards. On Monday, November 14, the Ritz Cafe’ will offer foodies a chance to taste samples from all four of Mariani’s latest anointed chefs when Richards is joined in the kitchen by Mariani’s other picks, Scott Anderson of Elements in Princeton, N.J., Tyler Brown of Nashville’s Capital Grille and Sachin Chopra, the chef at All Spice in San Mateo, California.

Each chef will prepare one of the four courses on the specially created lunch and dinner menus whipped up for the celebration. “We were getting ready to call each chef to congratulate them when we dreamed up the idea of cooking together,” explains Richards. “We made the offer and in a very short time, everyone was in.” In the November issue of Esquire, Mariani writes of Richards: “Following European masters at the Ritz, an American, shows his own sumptuous style in dishes like foie gras in huckleberry gastrique.”

We’re told that the Ritz will offer a special November 14 lunch experience with the chefs for $65 per person with each of the four courses paired with wines selected by Ritz sommelier Linda Torres Alarcon. For dinner, the portions and the pours will  be supper-sized for $85 per person. Reservations are required for lunch and dinner and may be made by calling 404-240-7035.

Richards is having quite a Fall. The Esquire honor comes on the heels of cooking live on NBC’s “Today” in September. Richards reflected on his culinary career trajectory with our own ATL Food Chatter columnist James Oxendine last month in Covered Dish. But the former Rolling Bones BBQ and One Flew South chef is keeping it all in perspective.

On his personal blog, “Todd Richards, Culinary Artist,” the chef writes: “People ask me all the time what the road map is to becoming a successful chef. The fame, the fortune, the bright lights. I can tell you honestly there is one only road map that I have followed. It was taught to me by Chef Eddie over at The Blue Ribbon Grill in Tucker when I didn’t know a damn thing about cooking: Cook with great cooks. Hire a great staff. Listen to your guest. Taste everything. People eat with their eyes and nose first. Stay true to the concept. Cook everyday like there is no tomorrow.”

Chances are excellent that your eyes will effectively guide you to Esquire’s November issue now on newsstands. For starters, pop star Rihanna is naked on the cover. . . 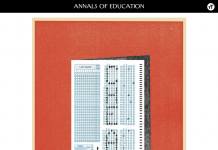 Atlanta Must Reads for the Week: APS cheating fallout, pit bulls, and a black widow