Home Restaurants Fifth Group Restaurants plans Tex-Mex concept in old Il Mulino space downtown
That didn’t take long. Unlike a lot of abandoned dining retail space in the city, the former home of high-end Italian eatery Il Mulino (see right) in the One Ninety One building on Peachtree Street downtown has a new tenant.
In an email to Dish, reps for Fifth Group Restaurants, the folks who operate the South City Kitchen concepts in Midtown and Vinings, La Tavola Trattoria in Virginia Highland and Midtown’s Ecco among others, have announced a Tex-Mex and “Mexican inspired” concept for the space.
Due in the fall, the chef-driven Mexican restaurant will seat 195 with traditional dining room tables, large booths, communal tables and “two distinct bar areas.” We’re told that Ai3 and Bill Peace of Peace Design will create the interiors for the 5,200-square-foot space.
When it opened more than two years ago, New York’s Il Mulino offered one of the finest high-end white tablecloth Italian dining options in the city. By last year as the economy continued to struggle, the eatery was offering a $10.95 lunch buffet in the building’s atrium. The location finally closed last fall.
In a statement to press, Fifth Group partner Robby Kukler said: “This is a very exciting time for our company. We’ve felt that Atlanta has had room for a bit more of a serious Mexican restaurant and believe that the downtown area, and the One Ninety One building in particular, is the perfect location for us to serve both business diners and visitors in addition to our regular patrons.”
Advertisement 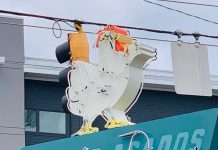 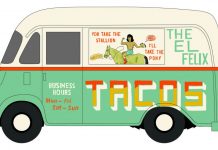 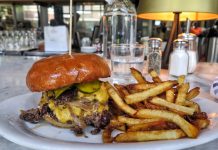 Treat Yo Self to these splurge-worthy dishes