It’s true that in France, cafe au lait and a croissant or baguette make up the morning meal. So where does the enigmatic name of the French breakfast radish originate? It dates back more than a century as a popular heirloom variety in Parisian markets, but how exactly the word breakfast became attached to its moniker remains a mystery. Pink or red, it grows two to three inches long and fades to white at its blunt root end. The radish is so tender and mild, a few of them really could be eaten to start the day. But you’ll probably prefer them for lunch, sliced thin and piled on a slice of generously buttered bread with a sprinkling of sea salt.

Farmers love this heirloom too. Its lightning-fast germination (plants mature in just a few weeks) makes it one of spring’s first vegetables. But if the temperatures warm too much or the radishes stay in the ground too long, they turn spongy and bitter. So enjoy them now, when they’re at their best. A bunch, enough for several sandwiches, goes for a few dollars.

You’re likely to find French breakfasts at every area farmers market on opening day. Ask for the type of French breakfast called D’Avignon, whose color and flavor are particularly bright. Fairburn’s Scharko Farms will be selling them at the year-round Peachtree City Farmers Market on Saturdays and, beginning in mid-April, at the East Atlanta Village Farmers Market on Thursdays.

This article originally appeared in our April 2014 issue under the headline “French Breakfast Radishes.” 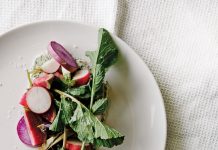 Chef Jarrett Stieber’s tips for serving radishes like a pro 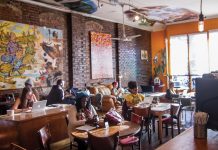 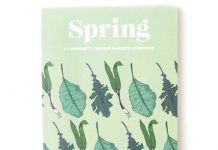