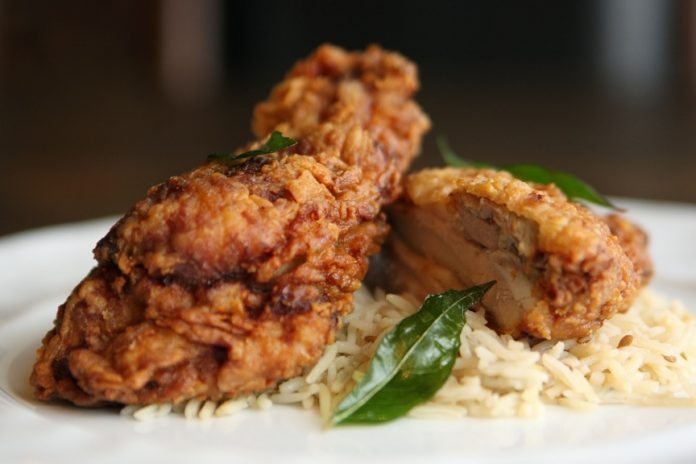 Asha Gomez of Cardamom Hill announced today that she’s adding a rather non-traditional item to her menu: gluten-free Kerala-style fried chicken. Gomez has inspired much admiration in Atlanta with her elegant take on the food of Kerala, the southern state in India where she grew up. None of her dishes have struck as much of a chord as her fried chicken, though.

Fried chicken is, of course, in no shortage in Atlanta. Devotees of the Watershed, the Colonnade, Busy Bee Cafe, and a few other destinations that will argue endlessly about the superiority of one legendary place or another. There are new comers, too. Over at One Eared Stag, Robert Phalen has been cooking up fried chicken on Monday nights that rivals the best of any of the old institutions. Yet, Gomez has made her mark with fried chicken that is undeniably unique in Atlanta, rich with Indian spices and the aroma of coconut oil.

In her announcement, Gomez says, “Fried chicken is as well-loved in the Indian South as it is in the American South, and I grew up eating this particular recipe. I am thrilled that it has been so well-received by diners here in Atlanta, and I am proud to lead the first commercial kitchen in Atlanta to offer fried chicken to people who do not or cannot consume gluten.” 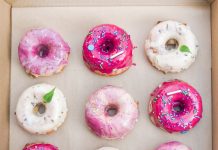