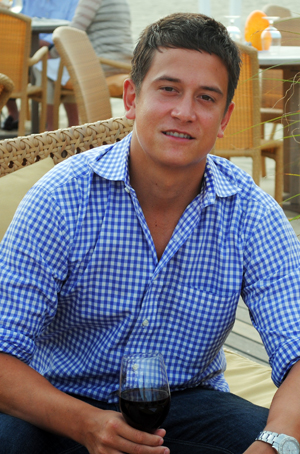 When Top Chef’s Richard Blais opened the Spence last year in May, all eyes were on the kitchen, looking for what tricks the liquid-nitrogen-loving chef had up his sleeve. Little did they know, another surprise was waiting right under their very noses.

Justin Amick, the Spence’s general manager and sommelier, has crafted, arguably, the most intriguing and informative wine list in the city. Split into two sections—“Tried and True” and “Leap of Faith,”—the list features the well-known and the obscure. Malvasia, Gros Manseng-Petit Courbu, Vranec-Kratosija, Blaufrankisch: Have you heard of these before?

I hadn’t, and so earlier this week I sat down with Amick to talk about what’s changing in the world of new wine and which regions we shouldn’t miss.

You’ve divided your wine program into well-known and lesser-known wines. How did that come about?
Like everybody else, I’m a wine consumer, and I love to try different wines. I get tired of staleness and especially in this city where we tend to serve the same foods and drink the same wines. Yes, we’re the capital of the South but that doesn’t mean we always have to have food in a jar that’s pickled or fried chicken or charcuterie. What many people don’t get about rhe Spence is that we’re trying to offer something that most people aren’t. With Richard’s food, everyone is perplexed. I wanted to create a beverage program that had the same feeling. I enjoy seeing people push the limits, and I really had never seen anyone do that in Atlanta on a wine front.

Leap of Faith features many New World wines. What are your thoughts on China and how it’s affecting the industry?
Out of all the places in the world that I want to know more about and I think that sommeliers are excited about, it’s China. In every capacity, they’re taking the place of the United States. Per capita they’ve almost quadrupled in terms of how much wine they’re producing and consuming. With so much wealth and money, they’re the biggest collectors in the world. They set the market in terms of pricing because they’re the ones buying all the wines at auctions and all of the futures in Bordeaux.

The dominate growing region in China is Shandong. That’s supposedly the best place, although the climate is terrible — summer monsoons, cold winters, frost, hail, freezing rain, and freezing temperatures. I’ve had Chinese wine in China, and it was fine for the price. It wasn’t so structured and didn’t epitomize a certain terroir or growing region, but then again we don’t know what China’s style is going to be quite yet.

Is climate change playing a role in how grapes are growing?
Cooler regions are getting warmer, and warmer regions are getting even hotter. Consider those cooler climates growing cool-climate, acidic grapes and what that’s going to do with ripeness. Look at Germany. It’s an extremely cool climate, but look at how warm the last five vintages have been. Luckily, it’s making the wine delicious because the fruit is getting ripe. In America, we’re also getting warmer and warmer in the Pacific Northwest. It’s interesting to think about regions like Burgundy or Bordeaux that rely on moderate climates. If they were to experience temperature shifts for the worse, it would change those iconic styles that we all know.

Are more people growing grapes now or is it that we’re paying more attention?
Wine consumption is at an all time high across the world. More people are encouraged to grow their own wine — just look at the United States, South America, Australia, New Zealand, South Africa, Slovenia.

Eastern Europe is a hotbed for white wine, countries like Slovenia, Croatia, Hungary, Romania, and all of the former Republics of the Soviet Union. I like wines with acidity and minerality, and those countries have the perfect cool climates for those grape varieties.

Brazil and Uruguay are showing real promise in South America. With American and French investments, Brazil is making good sparkling wine because its climate is perfect for grapes like Pinot Noir, Chardonnay, and Pinot Meunier [the three grapes used in Champagne]. Uruguay grows Tannat, a very tannic, rustic grape produced in the southwest of France. Tannat has got great muscle, power, and structural background and goes well with food.

The Greeks are doing a terrific job by focusing more on their indigenous varieties, especially those really rustic, tannic, structured red wines from Macedonia made from Xinomavro and Agiorgitiko, which is reminiscent of Pinot Noir. For white, I drink Assyrtiko a lot in the summer. It’s got the real grassy, green vibrancy of a Sauvignon Blanc from Sancerre or New Zealand, but also floral, apricot, peach, and stone fruit characteristics.

If you had to pick, what’s one region, right now, that we have to try?
Sicily is big, and Nerello Mascalese has to be one of my favorite grape varietals. It drinks somewhere in between a Burgundy Pinot Noir and a Sangiovese from Chianti Classico. Nerello, alongside Nero d’Avalo and Frappato, are three ridiculously great grapes coming out of Sicily. 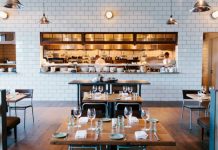