Home Drinks High on the Vine: Wines for Mexican and Latin Food 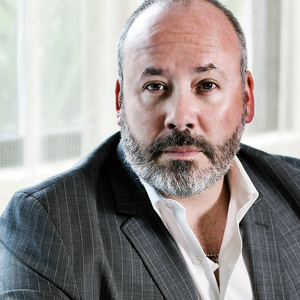 Last month under a scorching July sun I made my first hike up Stone Mountain. By the time I reached the top, I had but one motivation to make the journey back down: a giant strawberry daiquiri with endless chips and salsa from any Mexican restaurant in the city. I eventually got that daiquiri and watched as everyone around me took tequila shots and chugged their Coronas.

I had come with a narrow idea of not only what I wanted but also of what the restaurant was capable of providing. Behind me, a tower of cheap beer boxes stacked 15 feet high indicated I wasn’t alone in those notions.

But as someone who reads a restaurant’s wine list before reading the menu, I wondered why pairing wine with Mexican food wasn’t so common. To get answers, I sought out Fifth Group’s beverage director Vajra Stratigos and Alma Cocina’s executive chef Chad Clevenger. Together, the two taught me that wine can pair with Mexican or Latin food. All it takes is a little bit of education and a little bit of courage. For more ideas of specific pairings, click through the photo gallery below.

Pairing wine with Mexican food or Latin food is not a connection a lot of people make. Why is that?

Chad Clevenger: With Mexican food, a lot of people assume it’s tacos, queso and burritos and they’ve been told to drink beer and margaritas.

Vajra Stratigos: I agree. It’s totally social conditioning. The reality is that Mexican cuisine or Latin cuisine in general has never really evolved beyond the taquerias of the world where it’s totally casual and often times not of very high quality. It raises very limited elements of what the cuisine is about. It’s not a very round culinary experience for the last fifty years. What’s born out of that is a very, very unevolved beverage component. Restaurants try to serve other things but they sell more margaritas and beer than anything else. It’s just the way it is.

So what pairs better with the food: wine or margaritas and cocktails?

VS: Typically, moderate acidity, low tannins, and medium to low alcohol are the best pairings for Latin cuisine. Another huge thing to consider—Latin cuisine is like Vietnamese cuisine in many respects in the sense that there’s an incredible range of intensity. There’s basey, low, masculine, deep, rich flavors like stews and mole, and then there’s a very high-tone element to contrast that like salsas and herbs such as epazote and cilantro. Considering that, you have to realize that there’s a boldness in this food, unlike French cuisine. French cuisine is about subtlety and nuance and in that you find that there’s much more of a wine pairing culture. Mexican cuisine’s boldness is not quite as precise and not as specific. What we learn from that boldness is that we don’t pair for nuance and subtlety and contrast. We pair for supportive elements. Let’s find the thing that ramps up and drives home those flavors or textures.

For the heat component, off-dry wines are often very nice. That little bit of sweetness and fruitiness helps drive home that range.

Beer and sparkling wine, as pairings, don’t add anything. They’re more about that culture of quaffing. There’s really only one thing in Latin cuisine that wants sparkling wine and that’s crudo and ceviche.

CC: The carbonation alone makes the heat come out more and then you’re just drinking more beer. I’ve worked places before where we’ve made things a little spicier and saltier to make you drink more.

You mentioned low acid and low tannin wines for this food. Why those two components?

VS: Tannins drive and heavily effect elements of heat, sugar, and salt. If you have a very high tannin wine with a lot of “grip,” it almost irregularly accentuates chile oils. Also, you find that those wines require a lot of animal fat. Again, a lot of the food here is not like eating a ribeye. You don’t need those tannins.

Low acid speaks to the fruitiness. You want fruity wines. You don’t want dry, austere, earthy wines. In a fruit-driven scenario, high acid brings fruits and other components up on rails. Low acid, though, allows the fruit to lay flatter and spread out, creating more of a round, voluptuous texture. Not a lot of structure is needed in wines for Latin cuisine. It needs to be balanced and proper but we’re not serving old Bordeaux or Cabernet Francs from Loire Valley. 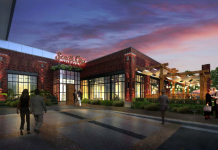 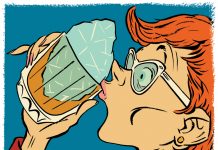