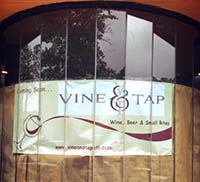 After Pizzeria Venti closed in Buckhead in late March, we got word that a wine bar called Vine & Tap would be taking its place. The proprietor, former St. Regis beverage director Ian Mendelsohn, had been pondering the concept for ten years and thought 2770 Lenox Road was the perfect place to implement it.

Tell us more about the Vine & Tap concept.
New York and Vegas have great wine bars—Bar Jamon and Eno—focused on small plates, Mediterranean in nature, with cheese, olives, and charcuterie at phenomenal prices. That’s pretty much the concept. The closest thing in this city is Krog Bar. Kevin’s doing an amazing job down there.

What are you doing to differentiate Vine & Tap from Krog Bar and similar spots?
We have a large space with a 1,000-square-foot deck. Zeb Stevenson will be doing the food—he’s the main consultant. There will be bruschetta, charcuterie, cheese, olives, panini, salad, and small bites like sliders, braised short rib and goat cheese crepes, meatballs, and Southern arancini.

I’ve had some incredible experiences with wine, and I don’t like how it can come off as very snobbish or elitist. I want to take great wine from small producers around the world and create a showcase—an experience where guests can sit back and relax.

How often will the taps change?
It will be based on availability. For the first six months we’re using taps in the city, then I’ll be contacting my friends in the business all over the world.

One of the beer taps will be a stout, another used for Monday Night Brewing, and another SweetWater. The rest are still up in the air. We’ll have 15 or 20 beers by the bottle, but they’ll be from all over. I grew up in Maryland and went to college in Colorado, so I’m sure we’ll have some choices from there.

Who will be the executive chef?
It’s not designed to be a chef-driven wine bar; it will have classic wine bar-driven food. Some of the great wine bars in Spain, Italy, France, and Austria work with a great chef but the focus is not the chef themselves; it’s the antithesis of some of the modern restaurants.

Zeb will set up the menu and vendors. The sous chef will do ordering, costing, and labor. Zeb will consult on a weekly basis to make sure everything is up to par, and every three to four months he’ll change the menu.

What’s the price point?
The way the wine will be priced will be quite a bit lower than most of the restaurants. I find most of the wine lists in the city criminal. A bottle of wine will cost $40 to $70; wine on tap will be $8 to $13.

How did you choose Vine & Tap’s Lenox Road location?
I worked for a restaurateur years ago who told me he never opened a restaurant without a deck. I like decks, especially in the climate we’re in. The space has a deck and had been a restaurant, so there’s not much to do to get it up and running. I’ve seen the number of people in that parking lot. That [Lenox Village] shopping center can handle what I want to do.

What will the atmosphere be like?
It will have a casual atmosphere. People can wear shorts and flip flops during the day, or come in before going to a club at night.

Tell us about the decor.
Our tables are made from an 1800s Alabama barn. The bar is a cracked, off-white, sealed tile. The patio seats about 50, and there’s a private room with a 12-person farm table. It will be lounge-esque with five high-backed plush couches and neutral colors—off whites, browns, etc. 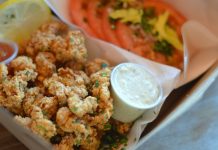 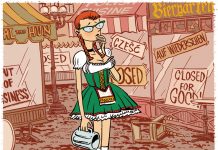 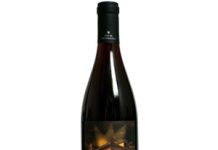 High on the Vine: Which celebrity makes the best wine?