Few people are more constitutionally suited to the good life than Freddy Bensch, a co-founder and chairman of SweetWater. When he’s not coming to work in shorts and sandals, Bensch famously enjoys fly fishing in Montana. His business card identifies him as the company’s “Big Kahuna.” But life could soon be getting even better for Bensch.

Late last week, Reuters reported the 18-year-old Atlanta institution is preparing for a possible initial public offering that could value the company in the hundreds of millions of dollars. That’s a lot of fly rods. SweetWater’s spokesperson declined comment on the media report, which was based on unnamed sources. If it goes down, the Midtown company would be only the third craft brewery—behind Boston Beer Company, the company that owns Samuel Adams, and Craft Brew Alliance, brewers of Redhook Ale—to be publicly traded on a major stock exchange.

Founded by Bensch and Kevin McNerney in 1997, Sweetwater has grown from a local industry pioneer, best known for its pleasingly hoppy beers and independent branding, to a regional powerhouse that helped pave the way for Georgia’s craft beer boom. SweetWater’s potential IPO would follow the brewery’s decision to sell off a minority share to private-equity firm TSG Consumer Partners in late 2014.

“It shouldn’t really surprise anyone that they are going public,” Crawford Moran, who founded the late lamented Dogwood Brewing and now is owner of Slice & Pint near Emory, told us. “That’s how [private equity] firms make their money. It’s funny how many CEOs there are in the craft brewing world now. I don’t ever remember meeting one in the craft brewing world until a few years ago!”

SweetWater’s potential IPO, which could happen as early as later this year according to Reuters, would come amid a national craft beer market boom. According to the Brewers Association, U.S. craft beer sales soared 22 percent in 2014, becoming a $19.6 billion industry that makes up 11 percent of the industry’s total market share. SweetWater paced slightly ahead of that trend, producing 192,500 barrels—increasing its sales by 24 percent—over the same period.

Though SweetWater has continued to find success, Georgia ranks 47th in breweries per capita. During the 2015 legislative session, lawmakers tweaked the state’s beer laws to allow people to pay for tours that may come with up to 72 ounces of “souvenir” beer. But craft brewers still remained hampered by the inability to directly sell six packs to customers due to the state’s antiquated distribution laws.

State Rep. Brett Harrell, R-Snellville, one of the officials working to change Georgia’s craft beer laws, told us he does “not foresee any impact on state legislation” should SweetWater become beholden to stockholders. However, the brewery’s IPO would further speak volumes to an industry bursting at the seams with its potential for growth, yet still limited in its ability to tap into that potential.

On one hand, SweetWater’s potential IPO makes complete sense given that the company, whose very raison d’etre was all about making the public feel better through its carefully calibrated brews, would now offer the public a chance to own a small share. Yet how will it change the company’s ethos, one boosting the noted tagline, “Don’t float the mainstream?” Bensch may be required to trade in some of his fly rods for financial statements—and leave the Birkenstocks outside the boardroom. 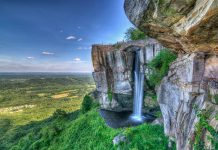 Vintage Vacations: The Southeast’s most legendary and long-standing attractions 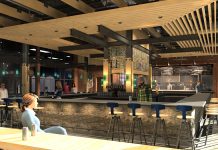 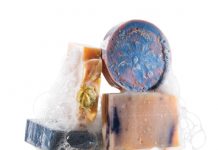 Lather up with these Georgia handmade soaps