Founder of Jake’s Ice Cream and the Irwin Street Market, Jake Rothschild has a new project under his apron: the Atlanta Supper Club. Rothschild is teaming up with Kimy Kennedy, owner of Peachtree Estate Sales, and Le Cordon Bleu to offer pop-up dinners and cooking classes targeted at those age 35 and older. The events will take place in the dining room and cooking school at the Irwin Street Market, Le Cordon Bleu, Sweet Selma Farms, and restaurants around the city. Those interested can join the Meetup group. The first events will be held in March. Rothschild shares details below.

How will the supper clubs work?
Our goal is to take the concept of supper clubs to a whole new level. Ours will be interactive. We’ll do all we can to know our members—their interests, dietary restrictions, and loves. We’ll be bringing, what we believe will be, a great deal more fun to the idea. We’ll also be shining a light on Atlanta’s local talent—the possibly lesser-known folks who we want to give a chance to show their stuff.

What events do you have planned?
On Sunday nights we’ll have Sunday Suppers—two a month. It will be family-style cuisine with a farm-to-table, folksy, updated Southern feel to it. Each chef designs his or her own menu, which will be posted online in advance. We’ll probably have two to three entrees, practically every Southern side you can think of, and two to three desserts. We’re building a new event space in the building behind the Irwin Street Market. It will seat 100 people.

Who is the chef?
In addition to our own team, which includes Sandy Houdeshell, Carlton Brown [founder of Hilda’s], Tony Campolo [chef/instructor at the Cooking School at Irwin Street], and me, we have invitations going out to Greg Maddox (the Omni) and Stephen Herman at Haven. We’ll also be working with Le Cordon Bleu and doing a “casting call” for the up-and-coming chefs here in Atlanta.

How does the Le Cordon Bleu partnership work?
We went to the most recent job fair and hired some of the students. We thought we’d create an environment where they can be the chef at a restaurant for a night, giving them the opportunity to experience what it is like to run a pop-up. We’ll be mentoring them on how to run a restaurant.

The existing Le Cordon Bleu restaurant can be formulaic. We are trying to get the students out of their comfort zone, be creative, and come up with the menu. The events at Le Cordon Bleu could be four- to five-course meal. We could have challenges or a team, like on Top Chef.

What else is involved?
We’ll send out surveys, asking folks about their best dining experiences in Atlanta—secret places they’d like to share. We’ll send out recipes, bring in wine representatives for tastings, and do in-home dinner parties and cooking demos. We’ll teach cooking classes both at Irwin Street and at Sweet Selma Farms, and also at people’s homes, and we’ll bring in experts for talks.

How are these cooking classes different from the ones you usually have at Irwin Street Market?
These classes will be for members only. We will have a whole new offering of menus. Classes can be two to three hours and will be a little more difficult.

What is the cost of the Atlanta Supper Club?
The cost differs per activity, so it will range from the low end of $20 to up to $200 per person for a fine dining experience. We do not charge a membership fee, and you don’t have to be a member to join an activity.

Why limit the Atlanta Supper Club to ages 35 and up?
We’re never going to turn someone away. We’re not excluding anyone. There are many people who have moved to Atlanta who don’t know anyone. They tend to be more comfortable going out in a setting like this. They don’t want to meet people in a bar or club. Younger people are willing to take more risks. It’s a good demographic for us.

There are a lot of supper clubs and activity groups in the city. What differentiates this one?
Ours is different because it involves a great deal more variety of venues (not just restaurants), and it is more instructive and interactive. We will do theme nights like Babette’s Feast. We want to keep it interesting—maybe do dinner theater.

We’re not laying out twelve events a year. We want people who join to tell us what would make this fun [for them]. People can create the supper club they want versus the one that is available. 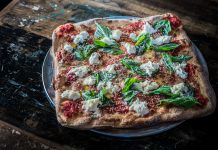