In 2013, chef Jim Stacy opened carni-food restaurant Pallookaville Fine Foods in Avondale Estates. Now, he’s expanding on his original vision to include Pallookaville Junior—a takeout-only spot opening in April or May in Little Five Points—while working on plans for a Hawaiian meat-and-three restaurant called Moakai as well as an old-fashioned doughnut, biscuit, and coffee shop.

“Pallookaville Junior will be an actual extension of the original with the same wood and reused materials and a warm and inviting front bar,” Stacy says. “It’s less fast-food looking than people would expect. It’ll look old-fashioned.”

It’ll offer an abbreviated menu of the original location with corn dogs, frankfurters, sandwiches, and salads, including turkey, mac ‘n’ cheese, pimento cheese, poutine, corned beef and chicken salad. There will be both dairy and vegan hand-spun shakes, but unlike the Avondale Estates location, the Little Five Points location will not have a soda fountain.

Located at 1107 Euclid Avenue next to 7 Stages Theatre and Java Lords, Junior, as it’s called, will serve lunch and dinner. Stacy will expand hours to include late night as theaters nearby hold shows.

After that opens, Stacy may open an old-fashioned doughnut shop with biscuit-based breakfast sandwiches, coffee, and donuts with seasonal fruit. He doesn’t know where or when just yet. Stacy is also working on a “low-cost, meat-and-three, chicken-based concept—island food with Southern ingredients,” called Moakai. He’s building a commercial, portable Chinese oven similar to the Ugly Drum barrel smokers used in Kauai, Hawaii. Dishes may include “lau lau chicken” with collard greens and poke for $10 plate. 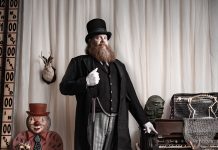 Jim Stacy, 4.0: The Pallookaville founder contemplates his next move 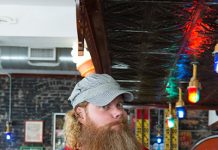 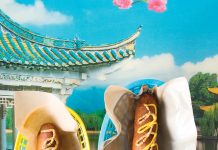