Santosh Jayaram, former vice president of operations at Twitter, and Peter Goettner, a venture capitalist, were tired of settling for second- and third-tier restaurants just because they didn’t plan weeks in advance. And during their travels, hotel concierges admitted that getting guests into popular restaurants was one of the hardest parts of their jobs. Together, they decided to do something about it.

Last year, they created Table8, an app and website that helps diners secure last-minute reservations at otherwise fully booked restaurants. The company first launched in San Francisco and has since spread to Los Angeles, Miami, Washington, D.C., and now, Atlanta.

“The idea was set up for business travelers, but after we launched in San Francisco, we realized more than half our users were consumers—they needed this, too,” Jayaram says.

Reservations cost diners $20 for a two-top and $25 for a four- or six-top and become available for booked restaurants three days prior to the seating. Those interested need to act fast; Jayaram says on average, Table8 only has three tables open at each restaurant.

“The idea is to bring back spontaneous dining,” he says.

“We curate all of our restaurants,” Jayaram says. “These are places known for fantastic food and a level of ambience and service that is way above average. These are folks on their way to becoming institutions in their own right.”

As a launch special, those who sign up for Table8 by June 1 with code ATLMAG will receive one free reservation. 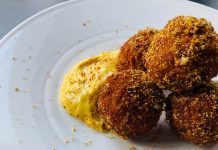 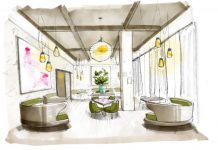 Lyla Lila will bring house-made pasta to Midtown this fall