Café at Pharr’s Johnny Liu and WSB’s Mark Arum are teaming up to bring New England-style lobster rolls to West Buckhead. Liu says he can’t reveal the exact location until lease negotiations are finalized, but promises it’s in the Howell Mill area. The restaurant, which will be called either Lobstah Hut or Lu Lu, will serve lunch and dinner in a casual atmosphere.

“It’s a lobster shack like Cousins Maine Lobster in L.A,” Liu says. “Mark is from the Northeast and for years has been telling me how Atlanta needs a New England-style ‘lobstah/chowdah’ spot. Over beers one night he convinced me to take the leap.”

The duo are in bringing a chef from Bob’s Clam Hut in Kittery, Maine, to train the staff. “He’ll teach us the ropes and show us authentic New England style,” Liu says.

The menu will be simple, focusing on lobster rolls at around $13.95, as well as sides like lobster mac ‘n’ cheese. To drink, there will be beer and wine (PBR served in a brown paper bag). A scoop shop serving Honeysuckle gelato will be adjacent to the lobster shack. As for the décor, garage doors will open up the space, and the restaurant will feature a three-tier lobster tank. 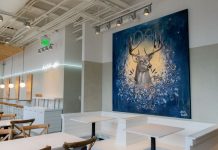 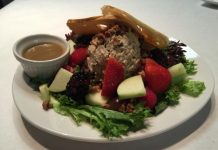 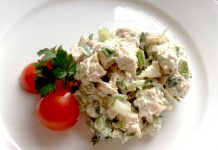