I don’t want to upset you, but there’s something wrong with that chicken you’re eating. I don’t mean the way it was prepared (though, seriously, breaded-deep-fried-meat-on-white-bread-with-mayo is just NOT a good idea). I’m talking about the way it was raised and slaughtered, the effect those tasks have on the workers who perform them, the poultry industry’s impact on our environment, and its toll on human health.

The thing is, once you start thinking about common practices of the poultry industry—the largest segment of Georgia agriculture—it’s pretty hard to swallow. That’s why there’s growing interest in pastured poultry, a more natural method for raising birds. And why a new group wants you to know what’s wrong with most of the chicken you’re eating.

Georgians for Pastured Poultry, an advocacy group whose members include Compassion in World Farming, Georgia Organics, Sierra Club and White Oak Pastures, prefers pastured chickens, which are raised with access to open fields, often in sequence with other animals. The group’s goals include clearing state regulatory hurdles that make it difficult for small farmers to raise chickens independent of the big poultry companies.

“People want this. Chefs want this. Grocery stores want it. Because consumers are demanding it,” says Michael Wall, communications director for Georgia Organics. “It would just be great to see it not coming from another state.”

GPP also wants to make more consumers aware of the alternative to conventionally raised birds—and convince them that pasture-raised poultry is worth $5 or more per pound. But to do that, it has to educate consumers about the cost-cutting practices of the poultry industry.

In other words, it’s going to have to upset you.

On Thursday, Georgians for Pastured Poultry will release a 72-page report detailing the true cost of the cheap chicken processed in Georgia. “Out of Sight, Out of Mind: The Impacts of Chicken Meat Factory Farming in the State of Georgia” makes a pretty good case for why consumers may want to consider an alternative to what we’ve allowed the poultry industry to become.

“We are the largest producing state, and we have the right, even the responsibility, to examine the impact we’re having on this state,” says GPP founding member Leah Garces, also the U.S. director of Compassion in World Farming.

A few report highlights:
•    In each chicken grow house, up to 30,000 chickens live among their own waste, in perpetual light, with allotted floor space per bird roughly equivalent to the size of a piece of paper. Because of the environment and selective breeding to create a fast-growing, large-breasted bird, they suffer maladies that include leg, heart and lung problems.
•    Poultry operations in Georgia—the nation’s top broiler producer—create 2 million tons of chicken litter (a combination of bedding materials and waste) per year, about 20 percent of the U.S. total. The litter is spread over land, which can contaminate water supplies.
•    Each Georgia slaughterhouse kills, on average, about 200,000 chickens per day. Workers repeat the same movements up to 30,000 times each day, accounting for one of the highest occupational injury rates among all private industries.
•    With that much slaughter going on, you know the fecal matter is flying. Foodborne illness caused by chicken consumption costs Americans about $2.4 billion per year, more than any other food.

I could go on, but you know what? It’s too upsetting.

Daniel Dover, owner of Darby Farms in Good Hope, imagines the Georgia countryside dotted with small farms where different species of animals graze land in sequence, living a more comfortable life and restoring and replenishing the land in the process.

“It would be beautiful, it would be so green,” he says. “Property values wouldn’t go down on adjoining land. There is no smell—it really makes the earth and the ground more healthy.” The method employs more people per chicken than the conventional system does, and while it would never produce the shear tonnage of meat, it can sustain a local region, Dover says. “The system isn’t meant to feed the world. The world is meant to feed itself.”

Georgians for Pastured Poultry expects some resistance. Wall confirms that Georgia Organics has already heard from the Georgia Department of Agriculture, in fact. But members say that pastured poultry and industrial poultry can co-exist.

“We’re not fooling ourselves into thinking that people are going to overnight stop buying the cheap chicken,” Wall says. “But if enough people demand it, the marketplace will respond. I don’t think it will be huge enough that the poultry industry is going to feel like they need to come out and crush us. There’s room for both.”

Let’s hope so. Maybe state legislators and agents can find a way to encourage pastured poultry farming to succeed here, even if it means tweaking a regulatory system that doesn’t work the way it’s supposed to, anyway. Because on Thursday, when Georgians for Pastured Poultry releases its report and launches its information campaign, a lot more people are going to get upset about the status quo. 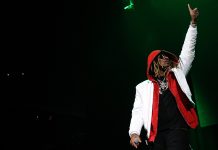 Atlanta Must Reads for the Week: Future, Perdue’s happier chickens, and an escaped Georgia convict 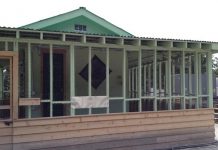 The roof-to-table movement at Manuel’s Tavern