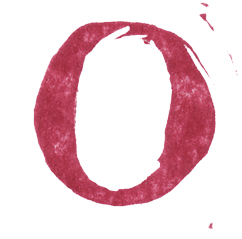 Today, Octopus Bar turns one year old and, if chef Angus Brown has his way, the anniversary party will be well worth being closed Tuesday night to recover. One year has passed since the East Atlanta Village Vietnamese restaurant, So Ba, began the nightly transition into an after-hours destination. “It happened so fast, and seemed so right,” Brown says of his serendipitous partnership with owner Nhan Le.

Six nights a week, after 10:30 p.m., diners have grown accustomed to smartly-sourced ingredients crafted into delicious, seasonal, Asian-influenced dishes: mussels and coconut milk, farro salads with fruit, lobster rolls, and spicy salt-and-pepper shrimp that kicks you in all the right places.

But tonight, the menu takes a night off so Brown and Le can join in on the party. There will be oysters for sale, as well as individual Champagne bottles for $10 a pop. Brown also promises wings glazed with fish sauce and pigs. Two pigs in fact, sixty-five pounds each, roasted to what I imagine will be a devilish perfection.

The party comes a few months before Brown departs in January for a stay in Vietnam. No names yet on who will replace him, but Brown alludes to a full-time space upon his return in August 2013. “Now we’re doing dinner and late-night, but we’re thinking of doing a dinner to breakfast transition,” he says of a possible future concept. For anyone who has experienced Brown’s take on the scrambled egg, this is a glorious sounding possibility.

Brown says he and Le are interested in doing something different, trying new things. “If I had a crazy idea, we’d do it. If it didn’t work, we wouldn’t repeat it,” Brown says. It’s an approach that has served them and patrons well.

Keeping with the lively festivities, country rock band The Law will be performing tonight, so come wearing your party shoes.