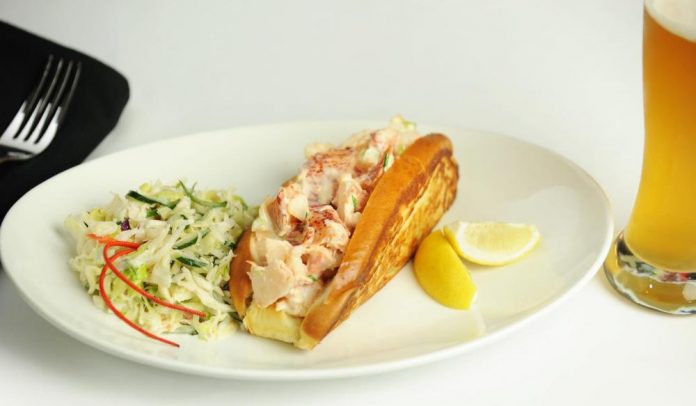 A new lunch-only restaurant, Olmsted, opened their doors this week in Symphony Tower, the 1180 Peachtree building at the corner of 14th Street. Olmsted aims to appeal to the Midtown business crowd, serving bistro fare in their sprawling 9,500 square foot dining room. With King and Spalding international law firm just upstairs and PriceWaterhouseCoopers a few blocks away, the place is clearly situated as a destination for suits.

This year’s must-have sandwich is on the menu (a lobster roll with North Atlantic lobster) alongside decidedly upscale offerings like a veal Milanese salad with milk-fed veal with arugula, capers, lemon, and olive oil. Executive Chef Bernie McDonough hails from New England and was, most recently, the executive chef for Hotel Matilde in Mexico. The menu bears the influence of his Nothern roots – they’ll even be offering a weekly clam chowder – but also touches on local regulars like deviled eggs and pimento cheese.

The name, Olmsted, refers to Frederick Law Olmsted, whose architectural prowess can be seen in the design of both Inman Park and Druid Hills, not to mention New York’s Central Park and Washington D.C.’s Capitol Ground.

Olmsted will only be open for lunch, Monday through Sunday, 11 a.m. to 3 p.m. In the coming months, a sister restaurant called Article 14 (note the legal nod) will be opening for after work drinks. You can peruse the whole menu below. 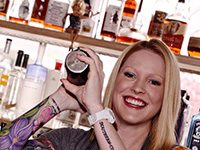