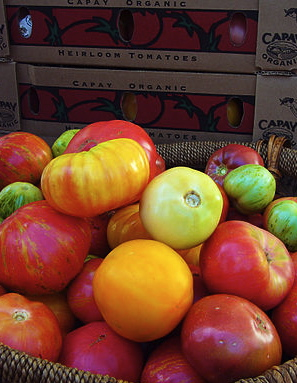 After reading reports of a study suggesting that organic foods are no healthier than conventional foods, and then reading the source of those news stories in the current issue of Annals of Internal Medicine, I find that my reaction is mostly one of annoyance. Did I read the same study those other reporters read?

The study, “Are Organic Foods Safer or Healthier Than Conventional Alternatives?: A Systematic Review,” assessed other studies of nutrient and contaminant levels in foods as well as 17 studies of humans, including three that measured clinical outcomes. It found no significant difference in the allergic symptoms between those eating conventional and organic foods and no significant difference in nutrient levels of various fluids produced by adults, but it did note that two studies found significantly lower urinary pesticide levels in children. It found no significant differences in nutrient levels in the foods themselves, but it did find a 30 percent lower risk for pesticide contamination on organic produce and a 33 percent lower risk of exposure to antibiotic-resistant bacteria in organic chicken and pork.

The free abstract of the Annals report is 16 sentences long; the first mention of contamination levels doesn’t occur until sentence No. 8. I guess my fellow journalists got through the stuff about nutrients and then were too weak to go on. Could be all the pesticides in their systems.

I sprung for the $19.95 to read the whole report, and at about page 11, I found something else pretty interesting: Organic milk and chicken meat had significantly higher levels of beneficial omega-3 fatty acids than their conventional counterparts. And that’s just organic; the report didn’t compare grass-fed to grain-fed. There’s a growing body of evidence to suggest that eggs, milk and meat that come from pastured animals have more vitamins and omega-3 fatty acids than their grain-fed (and other-stuff-fed) counterparts. For example, a study published in the March 2010 Nutrition Journal concluded that cattle fed primarily grass had a significantly higher omega-3 content, and a more healthful ratio of omega-6 to omega-3 fatty acids, than grain-fed beef. (Just FYI, wild-caught fish aren’t made of omega-3s. They eat it, directly and indirectly, from plant material, namely algae. That’s the ocean equivalent to grass-fed.)

I have a few other observations as well.

1. “Significant differences” in pesticide and antibiotic-resistant bacteria is, in fact, significant. I don’t know about you, but I’d really rather consume fewer toxins and pathogens, regardless of whether doing so also gets me more vitamins.

2. Not all organic foods are created equal. There’s Organic, and then there’s organic. The USDA’s National Organic Program regulates the established standards for agriculture products labeled as Certified Organic. As you can imagine, those standards are the result of much political wrangling. I’m not saying they’re bad or useless; I’m just saying they represent a compromise among many different parties and interests. So they they tend to leave a good deal of wiggle room. Because of this, a very large company whose goal is to sell as much Certified Organic produce as possible may employ very different growing and processing methods than a small organic farm whose goal is to feed a local few while serving as a good steward of the Earth. Both will raise food without synthetic pesticides or hormones, but the small farm—which may be Certified Organic, or may just use what it calls organic, sustainable or natural methods—may also cultivate fertile soil; it may focus on maintaining a balance between destructive and beneficial insects; it may go out of its way to humanely raise stress-free animals on a natural diet. And that organic food may very well have more nutrients in it. This study lumped together several different organic standards.

3. What, no taste test? There are other reasons to choose organically grown foods—and, per item No. 2, small-farm, naturally raised foods—other than their nutritional benefits. Namely, taste. Everyone knows you can taste the love that Grandma puts in her food. Well, you can taste the care put into lovingly raised food, too. The egg yolks of pastured hens are more deeply colored and flavored than conventional. Super-fresh tomatoes and peppers taste a million (approximately) times better than two-week-old, refrigerator-truck-transported. And fruits and vegetables raised in living, rich soil can’t help but have more complex flavor than plants raised in the biologically sterile, “dead” soil found on conventional farms. I don’t have the stats on this, but I’m willing to bet that people are more willing to eat “healthy” foods that taste good. And that, my friends, is a health benefit of organic foods.

4. What about the environment? This study did not include an analysis of the effects of artificial fertilizers, herbicides and pesticides on the environment. They are, by definition, toxic. They pollute water sources; they kill beneficial plants and animals; they disrupt naturally symbiotic relationships between species. And sooner or later, those toxic changes affect human health, too. But it would be difficult to measure their impact, since there is no control group. We’re all exposed to those chemicals.

Bottom line, there are healthful reasons, beyond the nutritional benefits that have been measured so far, to buy organic foods: namely, fewer pesticides, fewer antibiotic-resistant bacteria, and better outcomes for Planet Earth. My conclusion is this: Buy Certified Organic when you can, but even better, buy local when you can, from a farmer you know, whose practices you have inquired about and agree with. Then, you are certain to taste the difference—and you might even get some as-yet-unreported health benefits, as well. 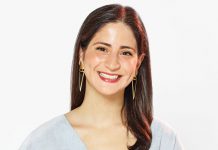 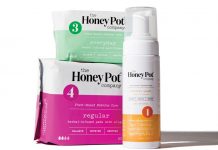 Atlanta-based Honey Pot is stirring up the feminine care industry 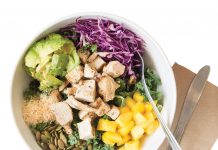