Promising news for the intown barbecue scene: Alex Friedman and Keiran Neely, the owners of P’cheen, are opening a ‘cue restaurant at 1133 Huff Road on the Westside. The name is Bone Lick BBQ, which was the moniker for the Monday night barbecue “pop-up” at P’Cheen that I ranked as fourth on my list of the best barbecue in the metro area for our July 2010 cover package.

Mike LaSage, P’cheen’s chef to cuisine who ran the Monday night smoke fest, is also one of the owners and will run the kitchen at Bone Lick. He’ll be making a dinner menu based off his previous successes—traditional meats like baby back ribs, pulled pork, beef brisket, and jumbo wings, as well as a revolving selection of internationally inspired barbecue. Lunch will be more scaled back, focusing on takeout and limited delivery.

Fun fact: David Cross, the comedian and Atlanta native, is an investor in the restaurant.

Look for Bone Lick BBQ to open this summer. 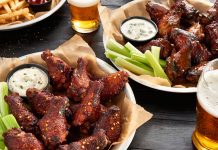 Where to watch the Super Bowl in Atlanta 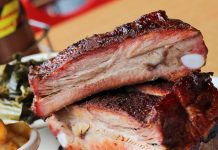 Barley + Rye: The right way to barbecue with beer 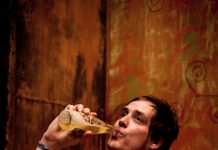