Home Local Foods Q&A with hospitality guru Danny Meyer
ATL Food Chatter: April 18, 2011
(To receive the Chatter and other culinary tidbits directly in your inbox, sign up for our weekly dining newsletter)

Last week’s twenty-third annual event supporting the Atlanta chapter of Share Our Strength’s Taste Of The Nation, the national fundraiser to fight childhood hunger, showcased the skills of over fifty of Atlanta’s top chefs in a packed Georgia Aquarium ballroom. The event’s co-chairs, Buckhead Life’s Pano Karatassos and George McKerrow, Jr., co-founder Ted’s Montana Grill, named Danny Meyer as the event’s honorary chairperson. Meyer, the legend behind New York-based Union Square Hospitality Group, whose restaurants and chefs have earned an unprecedented twenty-one James Beard awards, has served on the New York boards of Share Our Strength, City Harvest, and the Madison Square Park Conservancy. He said that he has long admired the Atlanta chapter’s fundraising prowess and felt honored to be asked to serve as its honorary chair.

The thoughtful and personable St. Louis-born industry icon graciously took time during the event to share some of his personal and corporate philosophy on service and his Atlanta experiences.

Q: Is this your first time in Atlanta?
DM: No, I first came to Atlanta in 1996 for the Olympics and I have been here several times thereafter—once for the book tour for Setting the Table, once to soak in the flavors of the South, and a couple of times to visit friends. I’ve even taken in a Braves-Cardinals game at Turner Field.

Q: Service seems to be part of your DNA as an entrepreneur and a philanthropist: Where does that come from?
DM: It is probably part of my Midwestern upbringing. My parents taught me a lot about how to treat people, and so too did many of the restaurants we visited in my youth. Back then, the food wasn’t necessarily the reason you returned to a restaurant: It was how you felt treated when you were there. When I first visited New York as a college student, I went to a lot of restaurants and really enjoyed the food but was not impressed with the hospitality. I thought, “Don’t New Yorkers like to be treated well?” A light bulb went off and so years later when I began my business, I made a commitment to offer both great food and great hospitality.

Q: Where do you like to dine when you are here in Atlanta?
DM: On this trip I had time for just two meals in Atlanta restaurants—a wonderful dinner at Bistro Niko and a lovely lunch at Canoe. One terrific server asked a question that I had never been asked before: Rather than asking, “How was everything?” she asked “Was everything perfect?” Now, no one can achieve perfection, but to aspire to pleasing the customer to that level impressed me. I am going to take that bit of philosophy and many of the remarkably successful elements of Atlanta’s Taste of the Nation—like the sponsored chefs stations—back to New York with me. No one does Taste of the Nation like Atlanta, and Pano is nonpareil when it comes to leadership of that great event!

Q: I have to ask: Do you have any imminent plans/prospects for Atlanta?
DM: No. We have never opened a fine dining restaurant outside of New York and don’t have any plans to do so. We do have a burger and shake restaurant called Shake Shack that has opened in Miami, and we’ll open another in Washington, D.C. later this year.

This year Atlanta’s Metropolitan Cooking & Entertaining Show, held April 30–May 1 at the Cobb Galleria Centre, will have a cooking stage dedicated to those area and regional chefs who have been honored by The James Beard Foundation.

Richard Blais, recent winner of Bravo’s Top Chef-All Stars, is hitting the road as part of the fourth annual Top Chef: The Tour. The 21-city competition rolls into Atlanta on Monday, April 25 at Westside Urban Market on Howell Mill Road. Tickets for the shows are free, but are available only on the day of the show on a first-come, first-served basis.?For more information visit:

Buckhead. According to What Now Atlanta, locally based Blue Moon Pizza will open its third store at 325 East Paces Ferry Road in the Paces 325 condominiums. The company is also planning to convert a 1961 fire truck into a food truck equipped with a stone pizza oven, a refrigerator, and sink.

Downtown. What Now Atlanta is reporting that a 3,000-square foot, family-owned “natural foods depot” called The Boxcar Grocer is planning for a fall opening at 249 Peters Street in Castleberry Hill.

Druid Hills. A bar and restaurant developed by Emory students and alumni and geared to Emory students called The Nest, is slated to open the week of April 25 at 1371 Clairmont Road, according to What Now Atlanta (which pulled the story from Emory’s student newspaper).

Inman Park. As Neapolitan-style pizza becomes a more serious endeavor here and nationally, Fritti chef-owner Riccardo Ullio has decided to up the restaurant’s game: He is installing a hand-built, wood-burning oven by Stefano Ferrara, a member of a family that has been building traditional pizza ovens in Italy for over a hundred years. Construction started April 12, and the restaurant remains open while the oven is being built.

Creative Loafing is reporting that the name of Holy Taco owner Robert Phalen’s new resto in the former Shaun’s space is One Eared Stag.

Midtown. Silk is closing May 1, according to Tomorrow’s News Today.

Question of the Week: What two Atlanta metro restaurants had pasta dishes that made it onto Grubstreet.com’s America’s 101 Best Noodle Dishes?

PS. The answer to last week’s QOTW—What Buckhead restaurant is rumored to be expanding to LA?—Is 10 Degrees South. (Commenter Sam called that one last week.) 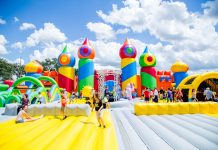 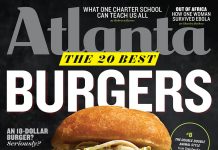 Taste of the Nation Atlanta returns for 25th year