ATL Food Chatter: July 26, 2010
(To receive the Chatter and other culinary tidbits directly in your inbox, sign up for our weekly dining newsletter)

Joe Schafer, the former sous chef at Midtown’s Tap, has recently taken over as executive chef at Inman Park’s Parish Foods and Goods. (Both Tap and Parish are owned by Concentrics Hospitality.) Shafer, a twenty-nine-year-old native of Senoia, Georgia, is a 2001 honors graduate of the culinary program of the Art Institute of Atlanta who also worked as sous chef in several other local restaurants including the Globe and Rainwater. He describes his cooking as “rustic Southern, lightened and refined with European technique.” Shafer says that he will be lightening up Parish’s menu while staying “rustic and approachable.” He took some time out via e-mail to share some of his plans for Parish and why he loves going to Asian restaurants:

Q: Now that you have been in place for a few weeks, who are Parish’s customers?
JS: Well, in the market, many of our guests are there almost every day of the week; sometimes all day. We have a lot of students that come in the morning with their laptops, have coffee and breakfast, then will end up having lunch and sometimes dinner as well. We definitely provide a comfortable environment for people to come and hang out and have some great food and drink.

The dinner regulars are, for the most part, very interested in where their food comes from. We strive to utilize as much organic and local products as possible, and I think our guests really appreciate that. There’s not a service that goes by that I’m not asked by a guest which farm the veggies are from. It’s a good feeling, and it certainly drives me to deliver on our promises.

Q: What specific menu changes will you make and when?
JS: We’ve already changed up the fried chicken plate: It’s now served with braised collard greens, sliced ripe tomato and homemade pepper vinegar, and next week we’ll be adding a beet salad with orange and bacon and also a new trout dish with summer bean salad and country ham vinaigrette.

Q: You are known for curing your own bacon: Will bacon be a part of any new dishes?
JS: Absolutely. The beet salad will showcase my homemade bacon and it will show up in a few other places as well. With me, there’s always bacon involved.

Q: What are your goals for Parish over the next year?
JS: My immediate goals are to change the menu to reflect my style of cooking and make some changes to the downstairs market selections by adding more homemade goods like pickles and house-cured meats. But ultimately, I want to get Parish to a place where it’s considered a neighborhood staple—where there is an emotional connection between our guests and the restaurant itself.

Q: Last question, where do you eat when you go out?
JS: My wife and I certainly love dining out at the nice, fancy places but as far as day-to-day dining out, we both are suckers for pho, sushi, and authentic Chinese. I’m not very well versed in cooking Asian food, so I get that same feeling most diners get when they dine out. It feels like “I have no idea how they made this dish but it’s delicious!” It has a bit of mystery, and I like it that way.

Esquire and Entrepreneur magazine have named Hartsfield-Jackson’s One Flew South as one of the “Best Business Bars” in America.

Brookhaven. Thrillist is reporting that Slack’s, a Philly based sandwich chain, has opened at 305 Brookhaven Avenue.

Downtown. What Now Atlanta is reporting that several restaurants are opening in the Pencil Factory Lofts at 340 Decatur Street. They are: Caramba Cafe, slated to open in November; Hill Street Tavern, from the owners of Manchester Arms; Intown Market, a deli with a large wine and beer selection; The Beignet Collection, a Creole-Cajun spot; and Scoop Ice Cream.

Thrillist posts that Buns and Shakes, a retro themed burger joint, has opened at 186 Auburn Avenue.

Roswell.  Look for Lucky’s Burgers and Brew to open soon at 1144 Alpharetta Highway.

Question of the Week: What Atlanta-based chain  has changed ownership and has a new name? 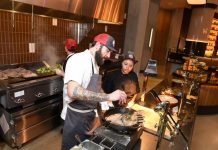 What’s cooking at Philips Arena? The dining options planned for the new clubs and suites 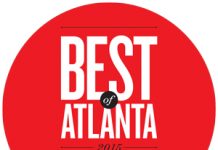 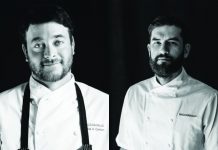