Real Fix Pizzeria, a new concept by the guys behind Opulent, Little Alley Steak, and Salt Factory Pub, is set to open in downtown Roswell later this spring. Restaurateurs Hicham Azhari and Fikret Kovac and culinary director Bob McDonough named the casual spot Fix, as in “getting your pizza fix.” Fix is also Kovac’s nickname.
Designed to be family-friendly, Real Fix Pizzeria will serve New York-style, Neapolitan, and fried pizza for lunch and dinner seven days a week. Below, Azhari offers an inside look at what to expect.

First things first, tell me about the pizza.
We have three different styles of pizza. It’s New York-style but not authentic New York-style. It’s influenced by the places we’ve eaten at and admire in New York and elsewhere. It’s baked in a brick oven versus a traditional coal oven. We prefer it that way.
We don’t want to call ourselves authentic because we are using chef-oriented techniques to put a twist on items. Like for our Hawaiian pizza, we sous-vide the pineapple.

How big are these pizzas?
The New York-style and Neapolitan pizzas come in 12-inches [feeds one to two people] and 16-inches [feeds three to four people]. The specialty, fried pizza only comes in 12-inches. Any bigger is hard to hold. We’ll also have a gluten-free pizza and a vegan pizza with regional vegan cheese, as well as a kid’s menu with personal pizzas.

Where are you sourcing the ingredients from?
A lot of the products will be imported from Italy, but more are local. The buffalo mozzarella, Prosciutto di Parma, yeast, and Double Zero flour are from Italy; the sea salt comes from Tuscany.

What else is on the menu—any salads or antipasti?
No antipasti, but we’ll have four salads: caprese, arugula, Not So Greek (rocket greens and goat cheese), and one other. There’s one calzone that you can build yourself. No desserts.
We’re offering a lot of specialty items. We have some products that are very hard to find, like cured pork and pork cheeks, and a cheese from Vermont that’s really creamy.

Tell me about your bar offerings.
There’s no bar, but we’ll serve a beer or two on tap: Peroni and a local option. I love SweetWater, so probably something in that family. Then we’ll have craft beers in bottles and cans, and a couple of wines on draft: chardonnay and cabernet. No cocktails.

All of your other restaurants are sit-down. How will Fix be set up?
You’ll order at the counter and then sit down. It’s a contemporary space and very family-friendly. We’ve been in Roswell and know what is needed—there are not a lot of family-friendly options in the area.

What was in the space before you took over?
It used to be a chiropractor office. It’s a historic building. We found a lot of surprises. The foundation is being changed. The roof is being re-done. 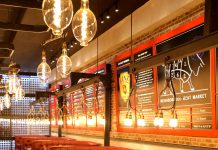 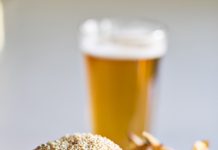