On the food and beverage offerings
To start, the menu will be the same [as that at the Buckhead location] but as the kitchen staff gets more used to it, I like to give them their own creative takes, so it might not stay exactly the same. We’ll probably have juice there. We’ll be bringing it from the Buckhead location (Juicy Jenny). We’ll have more baked goods, gluten free and vegan treats, and we’ll do more retail—homemade salad dressings and cookbooks.

On the chef(s)
Jessica Hanners and I are still the executive chefs of all of the locations. I’ll be in Decatur a lot at the beginning and will be floating between all of the spaces.

On the décor
It will be decorated inexpensively like the original. We’re painting ourselves, doing a big mural ourselves. We’ll have the logo with bohemian-looking vegetables and fruits on the wall. We’re using very similar Tuscan yellows. The mural will be rich warm colors that invite appetite. There will be a community table, a kids’ area, and the same comfortable type of seating with couches, etc. I’m going around to Salvation Army and Goodwill and have been buying eclectic pieces like I did before. [The space is] about 1,900 square feet, roughly the same size as the Buckhead location. It can seat thirty-five inside, plus thirty-five more outside once it gets warmer.

On Decatur
I’ve been looking for years for another location, and I’m just really picky. I want it to be very ‘in the neighborhood.’ There’s so much walking going on in Decatur. We’re excited to come to that community, and we’re open to suggestions. It’s a new area for me. We’re souper excited.

On why Souper Jenny (as opposed to Café Jonah or Juicy Jenny)
Soup is my original passion. It’s still my No. 1 passion.

On pre-opening freebies
We didn’t put up brown paper [on the windows]—we want people to see us. We’re thinking of having a basket of recipes where you can stop by and take one—special things for neighborhood. Or we might have a special code word written on the door that would provide [access to] freebies at our other restaurants while the Decatur location is in production. We want to encourage people to stop by and see our progress.

We’ll have a neighborhood night before we open. We’ll invite locals to put their handprints on the wall. We’ll have free food and treats. People can email us at souperjenny@aol.com if they want to be on that list. That will probably be the first week in February.

On accepting credit cards
We will not be cash only! We’re moving to this century with the credit cards in Decatur, but the original will remain cash only. Since we’re offering the juices, there’s no space for an ATM.

On what’s next
I think after this I will be stopping for a while. I think I have my hands full! The juice bar is starting to pick up. We have our first cleanse starting this week. I’m going to be on the Dr. Oz show on January 10 talking about immunity soups. 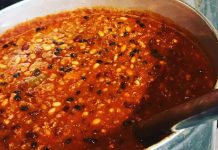 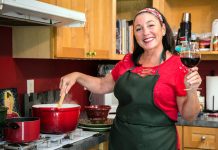 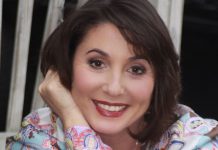