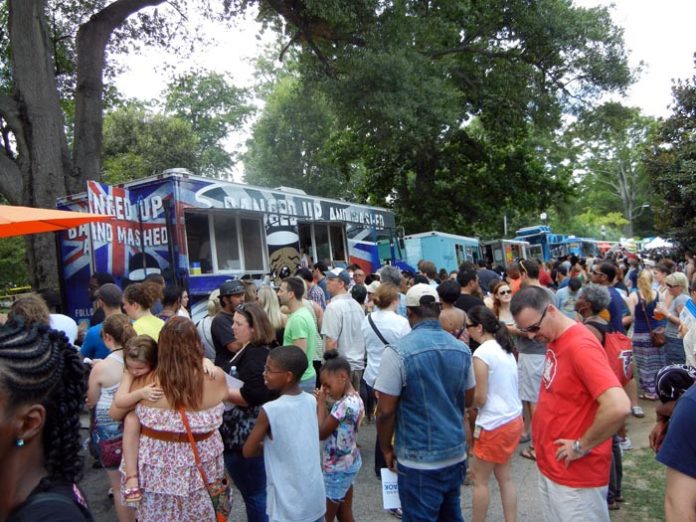 Commentary: Chick-fil-A president joins Atlanta’s rich history of fried chicken and bigots
Eat less chicken? Chick-fil-A president Dan Cathy has been making it known that he is against same-sex marriage. Wyatt Williams commented on the controvery on Wednesday. On Thursday, the company distanced itself from Cathy’s statements.

Lure opens in Midtown
Fifth Group Restaurant Lure opened in Midtown this week. While the seafood-centric restaurant might be compared to Ford Fry’s The Optimist, Lure’s beverage director has promised some not-so-common drinks.

Peach procrastinators, time to put up or shut up
Say it ain’t so. Deborah Geering was there to witness the final peaches leave Pearson Farms for Atlanta’s farmers markets. Elbertas peaches are what’s left, and if you haven’t heard of them, you’re in for a treat.

Jared Lee Pyles leaves HD1 to start sandwich shop in Old Fourth Ward
The executive chef formerly of FLIP and HD1 is working on a sandwich concept with Alex Brounstein of Grindhouse Burgers and Jason McClure of FLIP Buckhead. Wyatt Williams caught up with Pyles for more details.

Atlanta’s 20 Most Iconic Dishes
Eater Atlanta thinks they’ve done it. This week they announced the twenty most iconic dishes in the city. So, did they get it right?

Georgia’s first craft beer in a can
Bring on the koozies. Red Hare Brewing will be the first Georgia brewery to distribute its product in a can. Creative Loafing spoke with them about what Atlantans can expect and why can now.

Burger Tap closes, to be replaced by waffle restaurant
There’s a first for everything. Burger Tap is closing, and Waffold, a gourmet waffle sandwich concept, will its place.