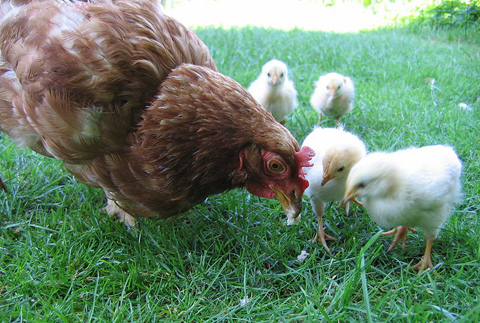 Sister Louisa’s Church vandalized, owner says the bar was targeted
Vandals smashed windows and bottles at Church, a bar in the Old 4th Ward, but they didn’t keep owner Grant Henry from opening that night. Given the nature of the crime, Henry and police are certain this wasn’t a robbery.

Follow Nick Melvin as he creates a new restaurant, Garden District
As if opening a restaurant weren’t time consuming enough, one Atlanta chef is blogging about the progress of his new venture. The social media move is perhaps part of his plan to build a community around the restaurant.

Big Apple Inn serves up pig ear sandwiches and tamales in Atlanta
Pig Ear: it’s what’s for dinner (or lunch). Our own Wyatt Williams visited the Atlanta branch of this Mississippi institution and devoured the entire menu with a friend. The task, it sounds like, was hardly a chore.

Here’s your chance to try a real chicken.
Now isn’t the time to chicken out. It’s officially Pastured Poultry Week, and, among other events, restaurants across Atlanta are giving diners the opportunity to taste birds that have full access to the outdoors.

Wired talks pastured chicken with Atlanta chefs
Call it a State of the Chicken. Maryn McKenna of Wired looks at Pastured Poultry Week and what that means for farmers, chefs, and Georgia’s agriculture empire. Fun Fact: to support a pastured chicken, you’ve got to eat it.