Jason Carter’s 2014 run for governor may not have ended in his election, but it did lead to a business venture for Carter’s wife, Kate, and his campaign finance director, Bess Weyandt. Last August the two created Treehouse Milk, a brand of natural nut milks made from regionally sourced ingredients like pecans from Pearson Farm and honey from Sweetwater Creek Honey Farm. The milk comes in eight varieties, including cashew, macadamia, and almond oat. Don’t be afraid to think outside the cereal bowl: Stir the pecan flavor into bourbon for an after-dinner sipper. Available for delivery or at select farmers markets and stores. 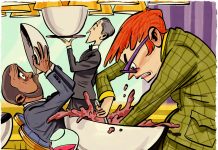 The Christiane Chronicles: Who serves toast in a bowl? 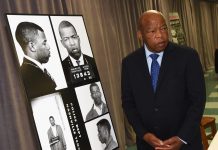 Commentary: The fact we need to defend Atlanta and John Lewis is sad indeed.