Home Restaurants Todd Richards to helm the Shed at Glenwood 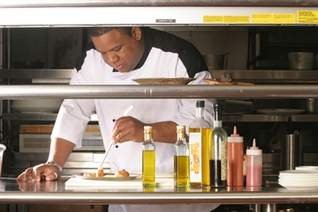 After a short period of whispered foodie rumors, chef Todd Richards confirmed this morning that he has resigned from the Ritz-Carlton in Buckhead to take over at the Shed at Glenwood. The news broke last week that Lance Gummere would be leaving the Shed to join Shaun Doty at Bantam and Biddy. Richards has moved between a number of notable gigs in recent years, including serving as corporate chef for One Flew South and owner of the now-closed Rolling Bones. Esquire recently named him one of “Four New Chefs to Watch.”

There are a lot of questions left open by the move: What does this mean for the rumored expansion of the Shed to a second location in Midtown? How does Richards plan to make his mark on the space? On that note, will they still be serving those delectable sliders? We’ll be following up with Richards to hear more about his plans. Until then, keep your eyes peeled at the Shed, where Richards will be transitioning into the space over the next month.