Home Uncategorized We wanted to tell you the story of Atlanta’s unsung kitchen workers,... 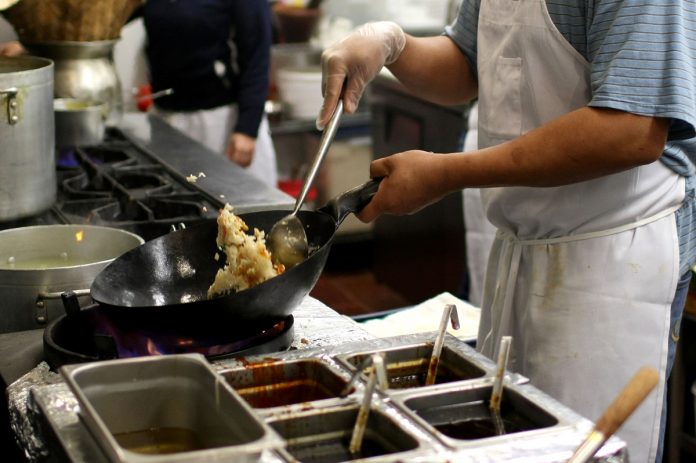 Immigrants play an enormous role in the mechanics of running a kitchen.

“As any chef will tell you, our entire service economy—the restaurant business as we know it—in most American cities, would collapse overnight without Mexican workers,” said Anthony Bourdain in 2014. “Some, of course, like to claim that Mexicans are ‘stealing American jobs.’ But in two decades as a chef and employer, I never had ONE American kid walk in my door and apply for a dishwashing job, a porter’s position—or even a job as prep cook. Mexicans do much of the work in this country that Americans, provably, simply won’t do.”

I had hoped to highlight the good the immigrants do in the restaurant industry in a story for Atlanta’s upcoming June issue. The article would have featured portraits of dishwashers, the unsung heroes of the back of the house (the industry term for kitchen staff).

“We unfortunately don’t have dishwashers who can feel comfortable disclosing their names or restaurant association,” was a common response from the five restaurant groups I initially contacted.

The order—which is, in some degree, a continuation of an effort by President Barack Obama—is already trouble for Atlanta’s hospitality industry. “There is huge fear among our Latino employees,” said one public relations representative for a major restaurant group, who I reached out to for the dishwasher story. This person, who wished to remain anonymous, said that 70 percent of the kitchen staffs across the restaurant group’s properties are Latino immigrants.

“They don’t want their picture taken, name given, or anything that would draw attention to themselves. Most of the cooks are giving up their cars and do not want to close shifts on the weekends anymore. We have enough people currently that we can work around this, but if things keep going this way, we may start losing a lot of our Latino help. Most of my guys are running pretty scared right now.”

“I can’t jeopardize the lives of my people,” said Empire State South’s Hugh Acheson. He runs all of his employees’ applications through E-Verify, an Internet-based system that determines—to the best possible degree—their eligibility to work in this country legally. Still, “[Latinos] are terrified right now.”

“I don’t want an America where millions of people are living in the shadows,” Acheson continued. “That’s already happening, to a certain degree, and I do not condone that.” To show they don’t condone it either, some businesses across the country are closed today, and immigrant workers are staying home. It’s all a part of “A Day Without Immigrants.” Chai Pani Restaurant Group is encouraging its workers to protest, but will keep its restaurants open and plans to donate 100% of today’s proceeds to the American Civil Liberties Union. [Update: Eater Atlanta reports that Farm Burger is closed today in solidarity with the strike, and Cakes & Ale, Proof Bakeshop, and Bread & Butterfly will donate today’s profits to United We Dream.]

As for me, I hope I can write the dishwasher story at some point in the future. I hope our immigrant workers will feel safe enough to have their portraits taken and free enough to smile in them, prideful of their contributions here.