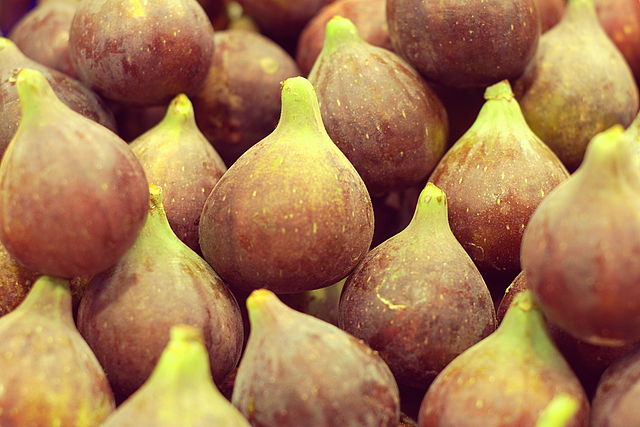 Our weird, wet summer continues, and we’re seeing the results at farmers markets. Growers are doing their best to adapt to the cooler temperatures and steady rains we’ve experienced, but it’s times like these when you can really see how microclimates affect farmers. While some stare out over hopelessly flooded fields and wish they’d planted rice, others are battling rapidly growing weeds trying to choke out crops. While some have seen corn and okra stunted by unusually cool temperatures, others have enjoyed longing growing seasons for plants that often struggle in August heat, like arugula and tomatoes. And many are getting creative on the fly, bringing tender sprouts and fast-growing radishes to market to make up for other crop failures.

Assuming we all don’t just float away, here’s a look at what you may–or may not–find at farmers markets this week.

Figs, figs, figs. Crazy loads of figs. Across the board, farmers and market managers are reporting that the figs are coming in like gangbusters. “I don’t remember ever seeing that many figs at the market,” says Lauren Carey, manager of Peachtree Road Farmers Market.

Chanterelles. The rain-loving summer mushrooms slowed down for a few weeks there, but now they’re back. Enjoy them while you can; most summers, they only appear here and there.

Peppers. You can’t keep a good pepper down, and pepper plants are thriving and producing fruit, though it is taking a while to ripen.

Greens and cabbage. Unless grown under cover, arugula is at its best in Georgia in spring and fall. Cabbage, too. But they seem to have done just fine this summer and are abundant at many markets. Sweet potato greens usually make two brief appearances at farmers markets: once early in the growing season when farmers can cull them from living plants, and again right around when the sweet potatoes are harvested. But this year, they just keep coming–probably because the plants that haven’t drowned are growing like weeds in all the rain. What doesn’t kill you, makes you stronger.

Corn, sorta. Some farms have had a great corn season; others never saw their plants grow higher than an elephant’s knee. Several area restaurateurs are going to miss their steady winter supply of Buckeye Creek Farm grits, which never really got off the ground this year. “Big crop loss,” summarizes farmer Liz Porter. “But the good part is that I don’t have to work so hard to harvest, grind and winnow it … right?”

Musk melons. Watermelons rotted in the fields. But at least one farm seems to have done well with musk melons. “Last week we had a bumper crop of San Juan melons coming from Riverview,” reports Carey. You might see more this week of the fruits, which look like a cantaloupe on the outside and a honeydew on the inside.

Peaches. Most summers, they’re gone by early August. This year, they’ve hung in there a little longer and have been unusually large. Look for them for another week or two, then say goodbye until next year.