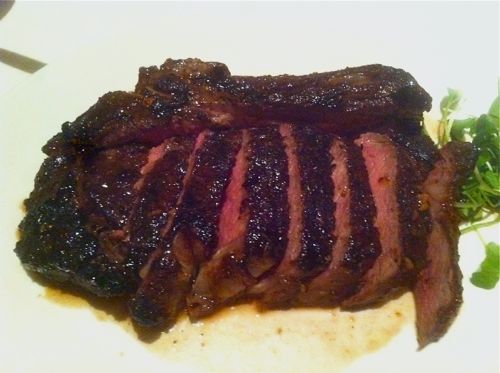 The renaissance of Southern cooking, the rise of the chef-owner restaurants, the global culinary riches at the city’s periphery and in the suburbs: These all get plenty of play in Atlanta, but when it comes down to it, this town really loves steakhouses.

That’s the thought that comes to mind, anyway, as I’ve been barreling through our many chophouses for an upcoming cover package. But as I sit here pondering martinis with blue cheese-stuffed olives, wet-aged versus dried-aged steaks, the pros and cons of the twice baked potato, and the mysterious reasoning behind serving leaden desserts after all that beef, I’m curious for some input: What do you consider the best steakhouse in Atlanta. Are you a Bone’s/Chops traditionalist? More of a Kevin Rathbun Steak modernist? Better yet, tell me exactly what you like to eat at these places.

I’ll share one surprise I’ve found thus far: Hal’s on Old Ivy. It’s a chummy scene in there, almost as much bar as restaurant, but the food exceeded my expectations, including the best crab cake I’ve had in Atlanta in recent memory—and as a Maryland native, that’s saying something.

(The pic, by the way, is of the rock salt-and-herb roasted rib eye at Cabernet in Alpharetta. Pretty darn good…) 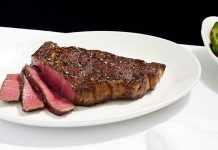 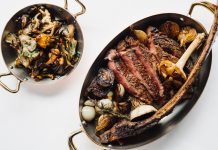 Here’s what Linton Hopkins will serve at C. Ellet’s steakhouse 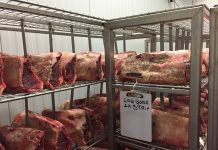