Home Uncategorized High on the Vine: 7 essential wines for Thanksgiving

You probably don’t need reminding, but I’ll throw it out there anyway: Dinner with your relatives is coming. I don’t mean to make them sound like a lawless horde from Game of Thrones, but large family gatherings in my experience always have a tendency to skew awkward. But wine is the great equalizer: It calms the nerves and soothes the mind. As for pairing wine with a spread of turkey and sides and satisfying a group whose preferences range from sweet Moscato to bank-busting Montrachet’s, that presents a challenge. Thankfully, Rick Blumberg, the beverage director at Bacchanalia, has a few ideas.

“I think of Thanksgiving as a moderately weighted dinner all throughout,” he says. “You have a lot of fall vegetables like squash and sweet potatoes and savory meats that aren’t heavy, turkey in particular.”

To that end, he says to think Pinot Noir and Beaujolais, not Napa Cabs, Syrah or Zinfandel, full-bodied powerhouses that will most likely dominate the food. Blumberg would also avoid Sauvignon Blanc “because it’s a little bit one directional” and wouldn’t play well with turkey, gravy, and mashed potatoes. Pinot Grigio? Maybe, he says, although a crisp, floral white wouldn’t match with turkey as well as a Chardonnay.

Below, Blumberg lays out seven essential wines for Thanksgiving. You can find them all for sale at Star Provisions.

NV Veuve Clicquot, yellow label, Champagne, $50.00
While sommeliers may be crushing on small batch grower Champagne from obscure villages, Blumberg makes the point that serving Veuve has practical applications in a party setting. “When you get a label like Veuve, it’s all about not being pretentious by giving somebody a label they don’t recognize or should recognize. People feel comfortable when they recognize the label.”

2007 Arcadian “Sleepy Hollow,” Santa Lucia Highlands, Chardonnay, $52.00
“Arcadian will always be one of my favorite Chardonnay’s,” says Blumberg. “The winemaker is Joe Davis, who trained in Burgundy and Bordeaux. You can tell in the wine: this Chardonnay carries the earth and has a delicate use of French oak so you get a warm toastiness. It’s great with fall vegetables and turkey.”

2012 Landmark “Overlook” Chardonnay, California, $20.00
“Landmark is little more subtle on the oak than the Arcadian, but it has really sharp acid, which I like with some of the butter we might use in the vegetables,” says Blumberg. “Chardonnay made with American oak can often be very astringent, so for the groups you’re trying to pour towards, they might appreciate the softer feel on the palette imparted by French oak. It flows a little easier.”

2013 Pizay Morgon, Beaujolais, Gamay, $20.00
Loaded with good fruit and just enough tannins for structure, Beaujolais is a classic Thanksgiving wine. It drinks easy and is flexible with turkey, pheasant, quail and any number of sides. “This is always one of my favorite wines to bring to turkey dinner,” says Blumberg. “It’s so rustic.”

2012 Archery Summit “Premier Cuvee,” Pinot Noir, Willamette Valley, $42.00
Those looking for a red that’s more complex than a laid back Beaujolais would enjoy this Oregon Pinot, perfectly weighted with notes of smoke and brilliant cherry. “There are three styles of Pinot Noir,” says Blumberg. “The French side is earth driven and high in acid. California is fruit driven and lower in acid. Oregon is right in the middle.”

Rare Wine Company, Boston, Bual, Madeira, $52.00
Where there is pecan pie, there must be Madeira, a colonial favorite that’s elegantly nutty with deep caramel undertones. The pairing is perfect and just as fine with pumpkin pie. “Madeira was one of the most popular wines in the colonial days because it could survive the voyage to the U.S. It could stand the bashing of being tossed around on a ship or the excessive heat or cold,” says Blumberg.

Correction: This article originally stated that “California Pinot got a bad wrap after Paul Giamatti threw a tantrum about it in Sideways.” It was actually Merlot that Giamatti refused to drink while visiting wine country. 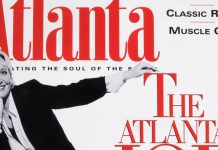 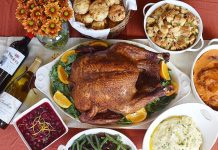