You can be sure you’re from a small town if you know at least five people from there not by their birth names but by whatever alias they were anointed with over the years. So, even though I’m twenty years on the run from the town where I grew up, the best nicknames are still easy to summon from the foggy corners of memory, like crazy-bright flowers standing tall amid the dun of my brain: Spoon Nelson. Boxhead Martin. Firebox Tom. And those known lovingly by just a single proper noun: Disco. Zero. Heck, I even knew a Soggy.

It’s counterintuitive, perhaps, but I believe you come to know—I mean, truly know—more people if you live in a small town than if you live in a big city. Yes, what is comfortable to one about a small town can be confining to another. Suffocating, even. But one thing is certain: A small town’s very, well, smallness forces a familiarity, a recognition of the role each person plays. The universe may not be in a grain of sand, but it is in the local bar. Or in church. That this is not an original thought does not diminish its relevance, as Candice Dyer points out in her essay about living in Cleveland, Georgia.

Comforting or confining, there is no denying that small-town life in America is no longer the norm. Economic realities are pushing more and more Americans closer to urban centers. Here in Georgia, the state’s population may have climbed 18 percent in the first decade of the twenty-first century, but the population of thirty-one rural counties actually fell. And so we can expect to see more stories like Tony Rehagen’s, where not just the crown jewels of a town, but the entire town itself is on the block. If a sense of place is an integral part of your identity, what happens to your sense of self when that place vanishes?

At least once a year we devote a cover to travel. Usually the destinations are what you’d expect: regional treasures like New Orleans or Savannah or Charleston or Asheville. This month we focused on the towns that, for most of us, are too often blurs outside our car windows as we speed toward somewhere else. One of our favorite places was Greensboro, Georgia, where we shot our cover in front of the Yesterday Cafe. Magazine cover shoots can be elaborate and inconvenient productions. In this case, we asked the police if we could block off the parking spots in front of the restaurant so our photographer could set up his equipment. Done. We asked the restaurant owners to hang their “open” sign on the door, even though they were closed. Done. (Thus confusing passersby? Done.) The editor of the local paper stopped by, and the restaurant even fed everyone. Southern hospitality? Maybe. But I think that kind of welcome isn’t specific to a region, but to a way of life. That’s a small town for you. 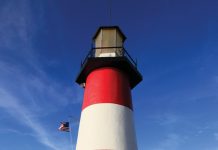 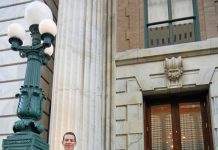 Letter from the Editor: Small-town charm 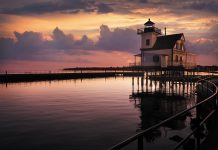 Immerse yourself in history in Edenton, North Carolina