Home Uncategorized Editor’s Note: As Atlanta evolves, so does the Chattahoochee River

Over the dozen years I’ve been at Atlanta magazine, we’ve written a lot about the Chattahoochee. Two stories in particular come to mind—both oral histories. The first was in 2009, when Charles Bethea, a frequent contributor to the magazine, talked to the Atlantans who lived and socialized at Riverbend back in the 1970s. Riverbend was the name of the notorious apartment complex just off Akers Mill Road, near the banks of the Chattahoochee. Parties at Riverbend were legendary; one attracted 2,637 paying guests, who went through 126 kegs.

A few years after the Riverbend story, Charles again brought us down memory lane, this time to discuss the Raft Race, which peaked around the same time Riverbend did. At one point the race had 70,000 participants and six times as many spectators.

This month we’re giving the Chattahoochee a slightly more reverential treatment, befitting the vital role it plays not just in our ecosystem and economy, but in our civic soul. In a sense the river is a microcosm of Atlanta itself—a place that is constantly being redefined and reimagined to suit our evolving (and sometimes fickle) agendas. But no resource is as indispensable or as fundamental to who we are as the Chattahoochee. To paddle (or float) down it is to be reminded that we are a river city, even if the river itself is out of sight of the motorists hurtling past on the bridges far above.

As our issue demonstrates, we’re at a crucial stage in the evolution of the river. Forty years ago a small group of dedicated eco-warriors reminded us all that the resource was in peril. Whole stretches were protected, and the river along those sections is as healthy as it’s been in decades. But downstream, as the river heads toward I-20 and farther south, more work remains. A new generation of river protectors are emerging, and their success (or failure) will determine the fate of the pulsing heart of our region. 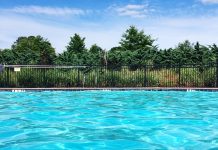