The other day I was driving on I-285 and right there on the shoulder, near the interchange with I-85, someone had stuck a sign in the dirt that read simply “ENGLISH IVY KILLS TREES.” The setting—amid thousands of tons of asphalt, not a tree in sight—seemed incongruous for such a message, but it stuck with me. Over the past few weeks I’d been finally tackling a yard project I’d successfully put off since moving into my house six years ago: clearing out the vines that were choking my azalea bushes. This is the South, which means if you stand still long enough, you can almost see the creeping Charlie snaking through your grass, and the English ivy glomming onto the bark of your trees. So when I got home after seeing the sign, I stepped through the remains of the azaleas, now finally breathing easier thanks to my branch cutters, and started yanking on the vines that were slowly strangling the gorgeous 60-foot magnolia that stands behind the shrubs. Some of the vines were the width of a quarter, and in places two had helixed. At one point I hung my body weight off of one ropy strand, sending a rain of pollen and leaves down on top of my head. No use: It had anchored itself to its host, somewhere high above me, out of sight, out of reach. Meanwhile, the trunk of the tree was invisible behind the leaves of the ivy. The magnolia was under siege, and it was probably dying.

I should also mention that the magnolia is less than 20 feet from my house. Only slightly farther from my front door is a century-old oak, shaped at its crown like a perfect head of broccoli. It is, by far, the most impressive tree not just in my yard but perhaps in my whole neighborhood. It’s also absolutely massive, at least 12 feet in circumference, and its presence reminds me of the unassailable truth about trees: they either fall down, or they’re cut down. In recent years, municipalities in metro Atlanta have made it more difficult for homeowners to cut down healthy trees. That makes sense; in the city of Atlanta, as Layla Bellows explains on page 21, the vast majority of the tree canopy grows on private land. Which makes someone like me not just a property owner, but a steward. Striking a balance is tricky. The other morning, after a rainy night, I woke up to find a crape myrtle in my front yard had fallen across the sidewalk into the road. I hadn’t even known it was sick. My next call is to an arborist. 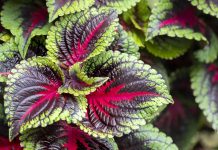 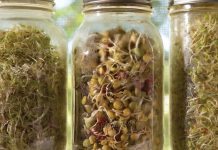